Man Utd take on Watford at Old Trafford on the final day of the season tomorrow. Here is a preview with the latest team news, line-ups and prediction

Manchester United will look to end the Premier League campaign on a positive note when they take on Watford at Old Trafford on Sunday afternoon.

It’s been a mixed campaign for the Red Devils as they failed to mount a serious title challenge to Manchester City but they’ve still secured second place and with it qualification to the Champions League next season.

United also have an FA Cup final against Chelsea next weekend to look forward to and Jose Mourinho is ready to give his players their final chance to force their way in to his plans for the Wembley showpiece.

Mourinho has questioned some of his players following disappointing results against Brighton and West Ham over the past week so he’ll be looking for a response at home tomorrow.

Watford head to Old Trafford with very little left to play for having secured their top flight status for another year so United should be confident of getting back to winning ways in front of their own fans.

Mourinho has confirmed he will recall Marcus Rashford and Anthony Martial tomorrow so Alexis Sanchez and Jesse Lingard are set to make way.

Eric Bailly, Daley Blind and Juan Mata are also pushing for recalls while Michael Carrick will captain the side for the last time before his retirement.

Romelu Lukaku remains out with an ankle injury so he’s facing a race against time to be fit to face Chelsea next weekend while Marouane Fellaini is also still on the sidelines.

Watford will be without Younes Kaboul, Tom Cleverley, Tommie Hoba and Stefano Okaka but Andre Carrillo Diaz and Nathaniel Chalobah could be in contention. 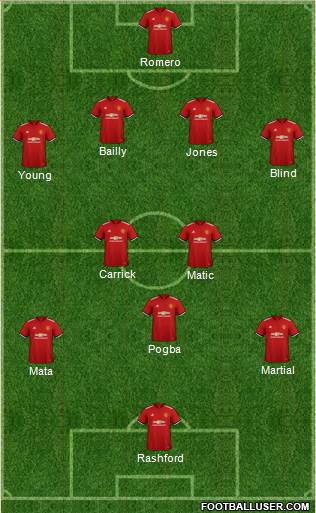 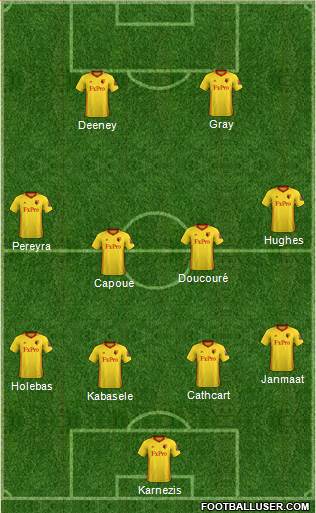 Man Utd 2-0 Watford: United have been superb at Old Trafford having won 20 of their 25 home games in all competitions this season a I don’t see that record being under threat tomorrow. United have won 13 of their last 14 meetings with Watford and the Hornets have lost in each of their last six visits to Old Trafford so I’m backing a routine United win.

The bookmakers make United the 2/5 favourites to win the game but we can get new customers enhanced odds of 25/1 on United – just click here to take advantage of these incredible odds.