Erik Lamela scored a 13-minute hat-trick as Tottenham came from 3-1 down to beat Leicester City 5-4 in a thriller at Wembley this afternoon. 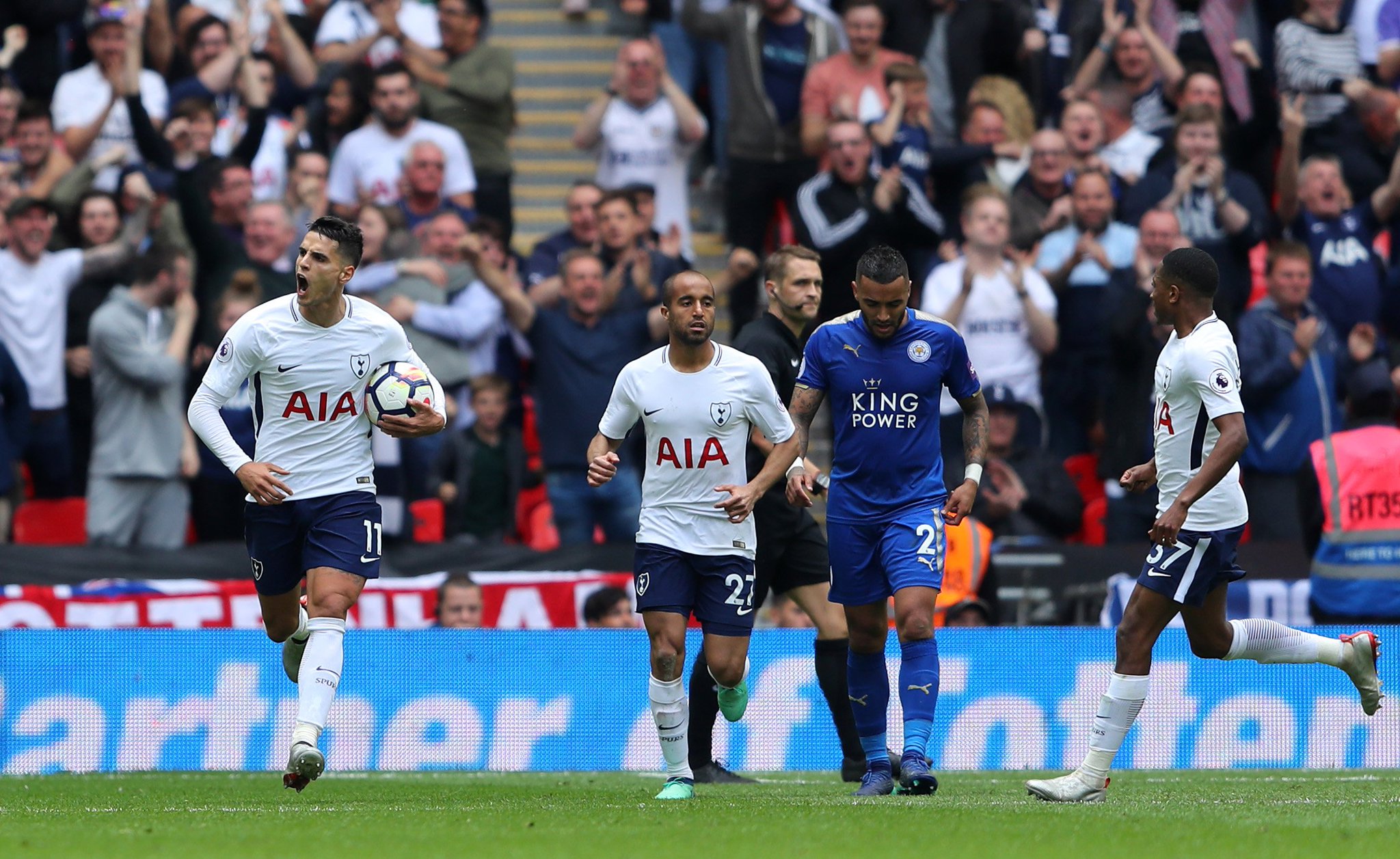 Erik Lamela scored a 13-minute hat-trick as Tottenham came from 3-1 down to beat Leicester City 5-4 in a thriller at Wembley this afternoon.

The Foxes made the perfect start as Riyad Mahrez whipped a lovely out-swinging free-kick across goal and Jamie Vardy headed beyond Hugo Lloris to give the visitors a 4th minute lead.

Tottenham hit-back almost immediately as Danny Simpson gifted possession to Harry Kane and the England international raced forward to shoot low past Eldin Jakupovic for 1-1 in the 7th minute.

Leicester restored their lead ten minutes later as Mahrez lashed home from just inside the area after some good interplay between Kelechi Iheanacho and Adrien Silva.

The visitors looked to be heading towards all three points when Iheanacho shrugged off attention from Victor Wanyama before firing into the top corner from 20 yards to make it 3-1.

However, Spurs reduced the deficit immediately as Kyle Walker-Peters squares for Erik Lamela to make it 2-3 before a deflected shot from the Argentine levelled things up at 3-3 in the 53rd minute.

A stunning turn-around was complete in the 60th minute as Lamela completed his hat-trick to make it 4-3 with Walker-Peters once again providing the assist for the South American forward.

The goals kept coming as Vardy grabbed his second of the game after scoring following a swift break-away to make it 4-4 in the 73rd minute but Kane curled home a stunner to make it 5-4 just two minutes later and seal a stunning win.