The summer transfer window is about to open and managers are working hard on their transfer targets so we’ll bring you all the latest gossip from around the globe. Today, Liverpool are linked with Gigio Donnarumma… 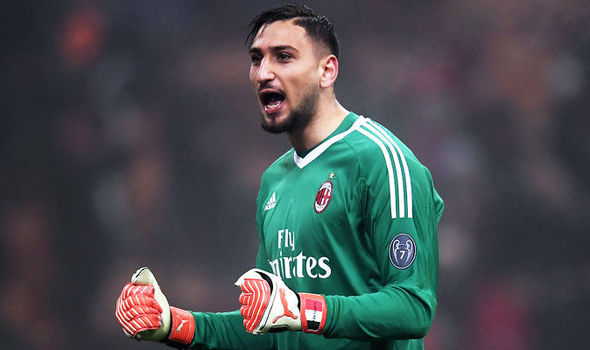 Liverpool have held preliminary talks with Gigio Donnarumma’s agent ahead of a possible £61m move from AC Milan this summer, according to CalcioMercato.

The Merseysiders finished in the top four of the Premier League and could yet end the season as European champions with a huge Champions League final against Real Madrid on the horizon.

However, Jurgen Klopp knows he still needs to further strengthen his squad if they’re to compete on all fronts next season and a new goalkeeper is expected to be a priority.

Loris Karius has performed well since being handed the first team jersey during the second half of the season but he’s still raw and Simon Mignolet is expected to leave this summer after losing is place.

A replacement will therefore be needed and CalcioMercato cite reports from Tuttosport that claim Klopp has now sounded out Donnarumma’s agent about a possible switch to Anfield.

The Italian publication says Klopp recently met with Mino Raiola to discuss the AC Milan goalkeeper’s situation and the agent hasn’t hidden his desire to move his client to a new club this summer.

Donnarumma has been with Milan his entire career and progressed through the youth ranks to become their No.1 having established himself as one of the most talented young keepers in the world.

The 19-year-old signed a long-term contract extension last year, however, he has come under fire from his own fans this season and is now expected to leave the San Siro.

Milan are having financial difficulties so the report says they’re willing to cash-in on Donnarumma if £61m is put on the table – although Raiola is urging them to lower this asking price in a bid to secure a higher commission for himself.

Liverpool have also been strongly linked with Alisson Becker and the Roma stopper is valued in a similar price-bracket to Donnarumma so it looks like Klopp is ready to spend big money on a new keeper this summer.