The summer transfer window is now open and managers are working hard on their transfer targets so we’ll bring you all the latest gossip from around the globe. Today, Man Utd are linked with Douglas Costa… 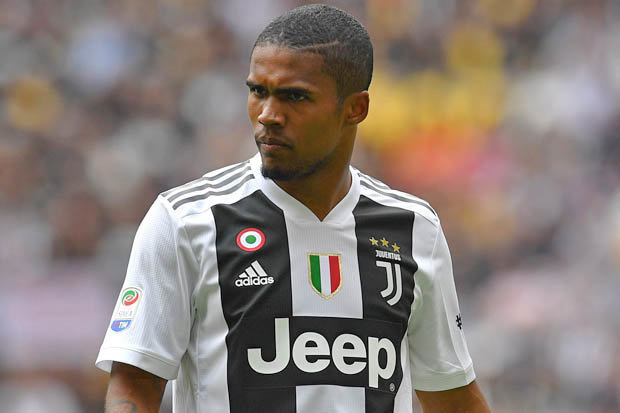 Manchester United are ready to launch a £79m bid to sign Bayern Munich attacker Douglas Costa this summer should he fail to make a permanent move to Juventus, according to the Sun.

Costa made his name during a five-year spell at Shakhtar Donetsk which earned him a big-money move to Bayern in 2015 but his time in Germany didn’t go to plan.

The South American winger struggled to establish himself as a first team regular with the Bundesliga champions and joined Juventus on a season-long loan deal last summer.

Costa returned to his best form in Italy having provided 14 assists and 6 goals to help Juventus win yet another Serie A title last season but his future at the club is still not resolved.

The Sun claims that Juve have the option to make Costa’s move permanent if they pay Bayern £33m and while boss Max Allegri is keen to keep the winger, he also wants to strengthen other areas of his squad.

The newspaper says a new central midfielder, right-back and striker are on Allegri’s wish-list and with Juventus yet to make an official announcement on Costa’s future, the door could be open for United to swoop in.

Jose Mourinho knows he needs to further strengthen his squad if United are to compete with the likes of Manchester City for top honours and it looks like Costa is on his radar.

The Sun says United are ready to meet Bayern’s asking price – which is set at £79m to any club other than Juventus – to sign the Brazilian international if he doesn’t complete a switch to Turin.

Mourinho could be eyeing Costa as a replacement for Anthony Martial as the Frenchman is being strongly tipped to leave after falling out of favour during the second half of the season.

We’ll have to wait and see how things develop over the coming weeks but I think Costa would be an excellent signing if United were able to lure the 27-year-old to Old Trafford this summer.