The summer transfer window is now open and managers are working hard on their transfer targets so we’ll bring you all the latest gossip from around the globe. Today, the latest on Gareth Bale… 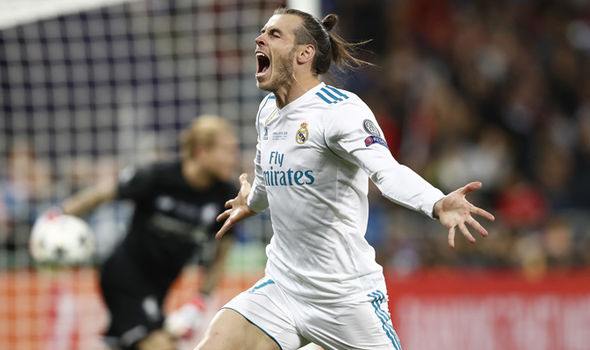 Manchester United are leading Chelsea in the race to sign Gareth Bale as Real Madrid prepare to cash-in on the £80m-rated attacker this summer, according to the Express.

Bale has provided 88 goals and 59 assists since joining Madrid from Tottenham in 2013 to help Los Blancos win a whole host of honours including 4 Champions League’s.

The 28-year-old came off the bench to score twice – including a sensational overhead kick – to secure a 3-1 victory over Liverpool in Saturday’s Champions League final in Kiev.

However, Bale admitted after the game he was disappointed not to have started and dropped a huge hint that he’s ready to quit the reigning European champions due to a lack of first team football.

The Welsh international has been regularly left out by Zinedine Zidane since returning to full fitness at the turn of the year and it seems being left on the bench against Liverpool was the final straw.

Bale’s quoted by the Express as saying after the game on Saturday:

The Express says Bale’s agent, Jonathan Barnett, is due to fly to Madrid to hold talks with president Florentino Perez over his clients future where he’ll make it clear the attacker is fed-up being a bit-part player under Zidane.

Speculation in recent months has suggested Madrid are ready to cash-in on Bale due to his persistent injury problems and the Express says the La Liga giants are demanding £80m for his signature.

The situation has alerted clubs here in the Premier League as the newspaper claims Man Utd are leading Chelsea in the race to sign Bale if the Welshman opts for a return to England this summer.

Jose Mourinho has never hidden his admiration for Bale and United obviously have the finances needed to pull off what would be a sensational deal if they could lure him to Old Trafford.

United need to strengthen their squad if they’re to compete with the likes of Man City for major honours next season and Bale could add the spark they’ve lacked at times in recent years.

We shouldn’t discount Chelsea from the race just yet as a move back to London could appeal to Bale but I think United are the most likely destination for the attacker if he ends up leaving Madrid this summer.