The summer transfer window is now open and managers are working hard on their transfer targets so we’ll bring you all the latest gossip from around the globe. Today, the latest on Robert Lewandowski… 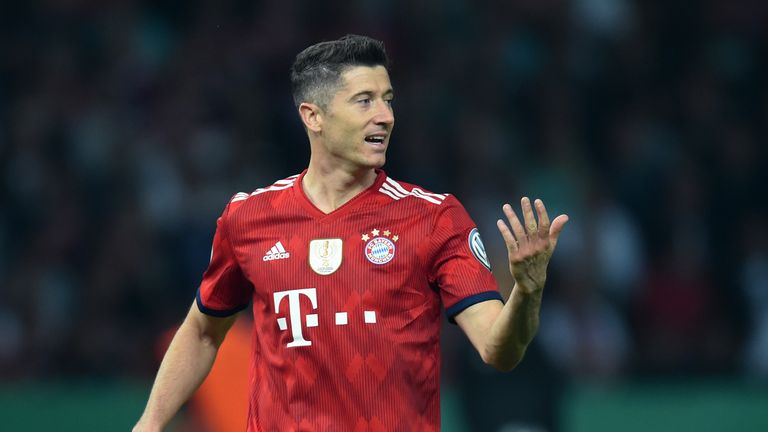 Manchester United and Chelsea are eyeing a sensational swoop for Robert Lewandowski after his agent confirmed the striker wants to leave Bayern Munich this summer, according to a report by TeamTalk.

Lewandowski has been one of the most prolific hitmen in world football in recent years and he continued his stunning form with 41 goals in his 48 appearances for Bayern last season to help them clinch another Bundesliga title.

It means the Polish international has scored an incredible 151 goals in 195 games since joining Bayern from rivals Borussia Dortmund in 2014 while he’s also scored 52 goals for his country.

However, Lewandowski’s future at the Allianz Arena has been the subject of constant speculation in recent months and it seems the striker has now made up his mind to leave Bayern this summer.

The player’s agent, Phil Zahavi, has confirmed that Lewandowski wants a fresh challenge next season and has informed Bayern chiefs of his desire to leave the club over the coming weeks.

Zahivi is quoted as saying by TeamTalk:

“Robert feels he needs a change and a new challenge in his career. The managers of Bayern know about it.”

Understandably, this news has alerted a whole host of top European clubs with TeamTalk claiming that Manchester United, Chelsea, Real Madrid and Paris Saint-Germain are all showing a keen interest.

The Premier League duo have long been linked with Lewandowski with the Mirror reporting back in March that United had stolen a march on Chelsea by making contact with the strikers camp about a move to Old Trafford.

Jose Mourinho insists he doesn’t need to strengthen his attack this summer but the United boss may not be able to resist if a player of Lewandowski’s quality is on the market and he’d certainly add a ‘spark’ that lacked at times last season.

Chelsea could provide stiff competition as the west Londoners may be in the market for a new striker with Alvaro Morata’s future in doubt following a disappointing debut season at Stamford Bridge.

TeamTalk claim that Lewandowski is valued at around £95m but as much as I’d love to see him come to the Premier League, I have a feeling he’ll end up at Madrid if he does leave Munich.