Liverpool and Chelsea are ready to take advantage of a £35m buyout clause to sign Porto left-back Alex Telles this summer, according to reports in France

The summer transfer window is open and managers are working hard on their transfer targets so we’ll bring you all the latest gossip from around the globe. Today, Liverpool and Chelsea are linked with Alex Telles… 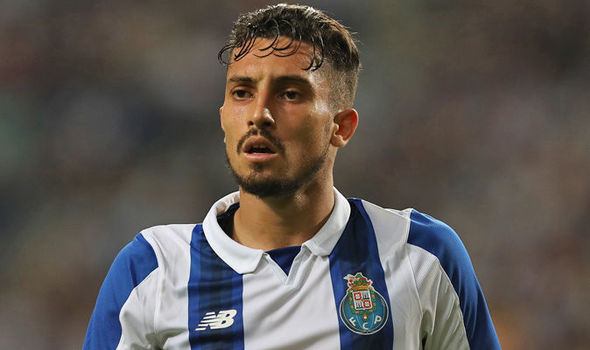 Liverpool and Chelsea are ready to take advantage of a £35m buyout clause to sign Porto left-back Alex Telles this summer, according to reports in France via TeamTalk.

Telles has developed in to a top class left-back since joining Porto from Galatasaray in 2016 and he’s been a key player for the club over the past two years. The 25-year-old provided a stunning 20 assists in his 45 appearances in all competitions last season making him one of the most dangerous full-back’s in Europe.

The Brazilian-born defender has been linked with a move away from Portugal this summer as he’s caught the eye of clubs here in the Premier League with TeamTalk reporting that Liverpool and Chelsea have both expressed their interest in signing Telles this summer.

No doubt Porto will be keen to keep hold of the player but the outlet cites French publication Le Parisien as saying that Liverpool and Chelsea are both ready to take advantage of the South American’s £35m buyout clause.

There would be very little Porto could do to prevent Telles leaving if the English giants triggered his clause and the full-back made it clear he wanted to leave, and you’d assume he’d be tempted with a move as Liverpool and Chelsea would be able to offer him a large pay increase.

Jurgen Klopp is expected to strengthen his squad this summer and while Andrew Robertson has excellent at left-back since arriving last summer, the Liverpool boss could be eyeing Telles as a possible replacement for Alberto Moreno – who could leave Anfield after falling out of favour.

However, Chelsea also need to improve their squad after missing out on Champions League qualification last season and the Blues could be eyeing Telles as the man to fill Marcos Alonso’s boots amid speculation he may head back to Spain.

We’ll have to wait and see how things develop over the coming weeks but Telles would be an excellent signing if Liverpool or Chelsea were able to lure him to England this summer.