The summer transfer window is open and managers are working hard on their transfer targets so we’ll bring you all the latest gossip from around the globe. Today, Liverpool are free to sign Thomas Strakosha… 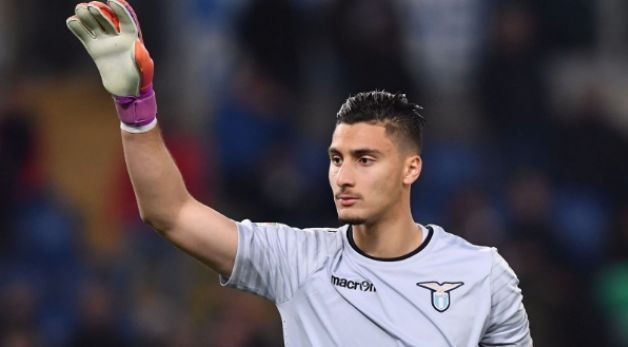 Liverpool have been given the green light to sign Thomas Strakosha in a £26m deal after Lazio agreed to sell the goalkeeper this summer, according to reports in Italy via TeamTalk.

Jurgen Klopp is in the market for a new number one as Simon Mignolet is being tipped to leave Anfield after losing his first team place last season while the future of Loris Karius is uncertain following his horror-show in the Champions League final defeat to Real Madrid.

The Reds boss was initially hoping to sign a top class keeper such as Alisson Becker or Jan Oblak but with Roma and Atletico Madrid demanding huge money for the pair, Klopp has been forced to look at cheaper alternatives.

Strakosha has emerged as a target with TeamTalk reporting last week that Liverpool were ready to open formal talks with Lazio over a potential deal to sign the Albanian international this summer.

A deal could now be on the cards a the report cites Calciomercato as saying that Liverpool have been given the go-ahead to sign Strakosha after Lazio agreed to sell if their £26m asking price is met.

Strakosha has been with Lazio his entire professional career having progressed through their youth system and has become a regular in the starting eleven since making his debut back in 2016.

The 23-year-old kept 17 clean sheets in all competitions last season and is a regular for his country so he has the potential to be a top class goalkeeper if he continues to develop over the coming years.

However, he’s not in the same bracket as the likes of Alisson or Oblak just yet so it remains to be seen whether Klopp will sign the 6ft 4in Lazio star or decide to wait for a more established name.