The summer transfer window is open and managers are working hard on their transfer targets so we’ll bring you all the latest gossip from around the globe. Today, Arsenal and Liverpool are linked with Bernard… 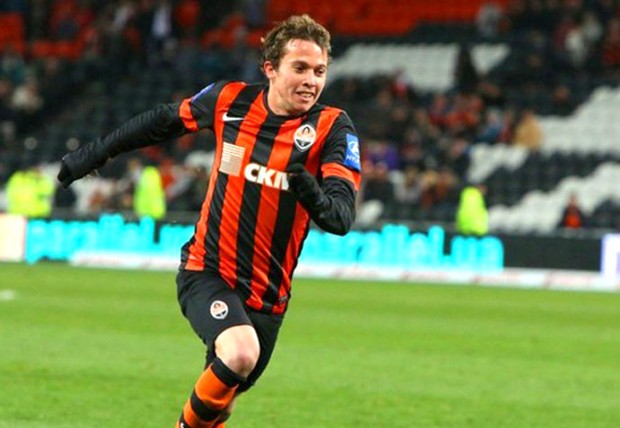 Arsenal and Liverpool are ready to do-battle over the free transfer signing of Bernard after he confirmed he’s leaving Shakhtar Donetsk this summer, according to TeamTalk.

Bernard has been a key player for Shakhtar since joining the club from Altetico Mineira in 2013 having provided 28 goals and 35 assists in 157 appearances to help win 3 Ukrainian league titles and 6 domestic cups over the past five years.

The 25-year-old was instrumental in Shakhtar clinching a domestic treble and reaching the last-16 of the Champions League last season while he’s also earned 14 caps for the Brazilian national team- although he missed out on their squad for this summers World Cup finals.

Bernard’s future has been the constant source of speculation in the media in recent months as his contract is due to expire at the end of June and he’s failed to agree terms over an extension.

The attacker has made no secret of his desire to play for a top European club in a more competitive league and he’s ready to take his opportunity as he’s confirmed he will be leaving Shakhtar when his contract expires this summer.

It looks like he could be offered a fresh start in England as TeamTalk claim that Arsenal and Liverpool are ready to do-battle over Bernard’s signature as the Premier League giants look to pull off a bargain free transfer swoop for the South American winger.

Unai Emery is expected to overhaul the squad left behind by Arsene Wenger and the new Arsenal boss needs to add some genuine width to his ranks so Bernard could certainly be a shrewd addition for the north Londoners.

However, they’ll face competition from Liverpool as Jurgen Klopp is also seemingly keen on the Brazilian as a possible alternative to Nabil Fekir after seeing a move for the Frenchman collapse earlier this month.

We’ll have to wait and see how things develop over the coming weeks but Bernard would be an excellent signing on a free transfer if Arsenal or Liverpool could win the race for his signature this summer.