The summer transfer window is open and managers are working hard on their transfer targets so we’ll bring you all the latest gossip from around the globe. Today, Chelsea will battle Liverpool over the signing of Alisson…. 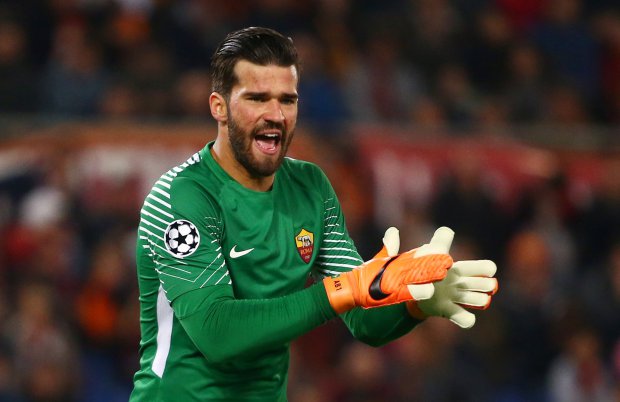 Chelsea are ready to try and beat Liverpool to the signing of Alisson Becker after incoming manager Maurizio Sarri made the £75m-rated Roma keeper a top target, according to reports in Italy via TeamTalk.

Alisson has developed in to one of the best goalkeepers in Europe since joining Roma from Inter Milan in 2016 and played a key role in helping them reach the semi-finals of the Champions League last season where they eventually lost out to Liverpool.

The 25-year-old has also made his mark on the international stage as he’s been handed the No.1 shirt for Brazil at this summers World Cup finals and his impressive form for club and country has attracted interest from several top clubs in recent months.

Liverpool have been strongly linked with a move to sign Alisson and TeamTalk claim Reds boss Jurgen Klopp is keen to sign the South American as he looks to bring-in on new number one this summer.

Simon Mignolet could leave Anfield after losing his first team place during the second half of last season and Klopp needs a reliable stopper after Loris Karius made two costly mistakes during the Champions League final defeat to Real Madrid.

Alisson is on Klopp’s radar but TeamTalk are citing a report from La Gazzetta dello Sport that claims Chelsea are ready to hijack Liverpool’s attempts to sign the Roma star after Sarri identified Alisson as a key target.

Sarri is widely expected to be announced as Antonio Conte’s replacement at Stamford Bridge and Chelsea are on the look out for a new goalkeeper amid speculation that Thibaut Courtois is eyeing a move back to Spain after refusing to sign a new contract – with his current deal about to enter it’s final year.

Alisson would obviously be an excellent signing for either club but Liverpool and Chelsea could face stiff competition from La Liga as TeamTalk also cite reports from Spain that suggest Real Madrid are in pole position to sign £75m-rated Alisson this summer.