The summer transfer window is open and managers are working hard on their transfer targets so we’ll bring you all the latest gossip from around the globe. Today, Tottenham and Chelsea are linked with Moussa Marega… 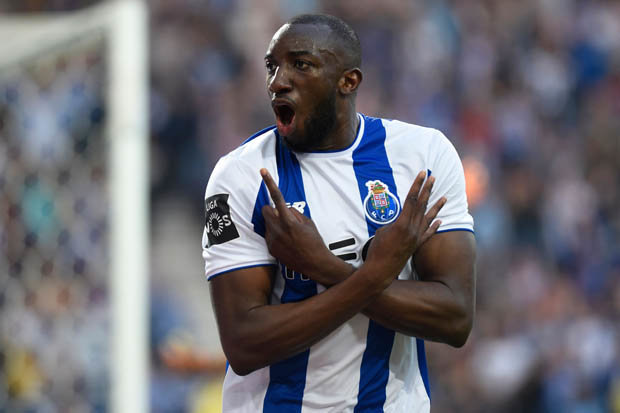 Tottenham and Chelsea are among the clubs battling to sign £35m striker Moussa Marega after he confirmed his desire to leave Porto this summer, according to a report by the Daily Star.

Marega joined Porto from Maritimo in January 2016 and after spending a season on loan at Vitoria Guimaraes the 27-year-old established himself as a first regular at the Estadio do Dragao last year.

The Mali international scored 22 goals and provided a further 5 assists for his team-mates to help fire Porto to the Primeira Liga title last season and his form has alerted scouts from several clubs here in the Premier League.

The Daily Star are citing a report from the Sun that claims Tottenham and Chelsea have expressed their interest in signing Marega while London rivals West Ham are also eyeing an ambitious swoop for the striker.

However, the English trio will have to be prepared to dig deep as Marega still has two years left on his contract and the newspaper says Porto will refuse to sell for anything less than his £35m release clause.

We’ll have to wait and see whether the likes of Tottenham or Chelsea will be prepared to meet that asking price but Marega has made it clear he feels it’s time to leave Porto and is hoping to fulfill his dream of playing in the Premier League.

Marega is quoted as saying by the Daily Star:

“For me, I think it’s the best time to try my luck elsewhere, to try something new, get to know a new league. The Premier League for example,”

“It pains me to say this, because I’m very attached to this club, to its fans who give me a lot. I’ve liked [the Premier League] for a long time. Then again, who doesn’t? It’s a great league, with great players.

“It’s flattering when clubs are interested in you, but I’ve always dreamed of playing there. I want to be happy, with my family, in a league I love.”

Mauricio Pochettino is expected to be in the market for another striker this summer as Fernando Llorente is set to leave after a disappointing season in north London and it seems Marega is on Tottenham’s radar as they look to find competition for Harry Kane.

However, Chelsea will provide stiff competition as the Blues are also seemingly in the running to sign the Porto hitman as they look for potential replacements for Alvaro Morata amid speculation linking him with a move away from Stamford Bridge.