Sokratis Papastathopoulos has been posing in his new kit after completing a £17.7m move from Borussia Dortmund to Arsenal this evening.

The summer transfer window is open and managers are working hard on their transfer targets so we’ll bring you all the latest gossip from around the globe. Today, Sokratis Papastathopoulos has completed his move to Arsenal… Sokratis Papastathopoulos has been posing in his new kit after completing a £17.7m move from Borussia Dortmund to Arsenal this evening.

Sokratis has been widely expected to secure his move to the Emirates after he was identified by head of recruitment Sven Mislintat as a key signing and new boss Unai Emery gave the go-ahead to pursuing a deal for the Greek international. A fee was reportedly agreed with Dortmund last month but the Bundesliga giants asked to delay making the transfer official until July so they could put the deal through in the new financial year.

Photos emerged of Sokratis in London on Sunday afternoon after flying-in from Greece over the weekend to finalise his move and Arsenal have now announced on Arsenal.com that the 30-year-old has joined the club on a long-term deal.

The fee hasn’t been disclosed but the Guardian claim we’ve paid Dortmund £17.7m and the centre-back has expressed his delight after sealing his move to Arsenal following five years at the Westfalonstadion.

I feel very good. It’s my first day here, everything is special. It’s a beautiful moment and I’m very happy that I will be here for the next years.

Arsenal is one of the three biggest teams in the Premier League and one very big club. It has a lot of fans and a very big history. Like I said before, I’m very happy that for the next years I will be here to help the team. 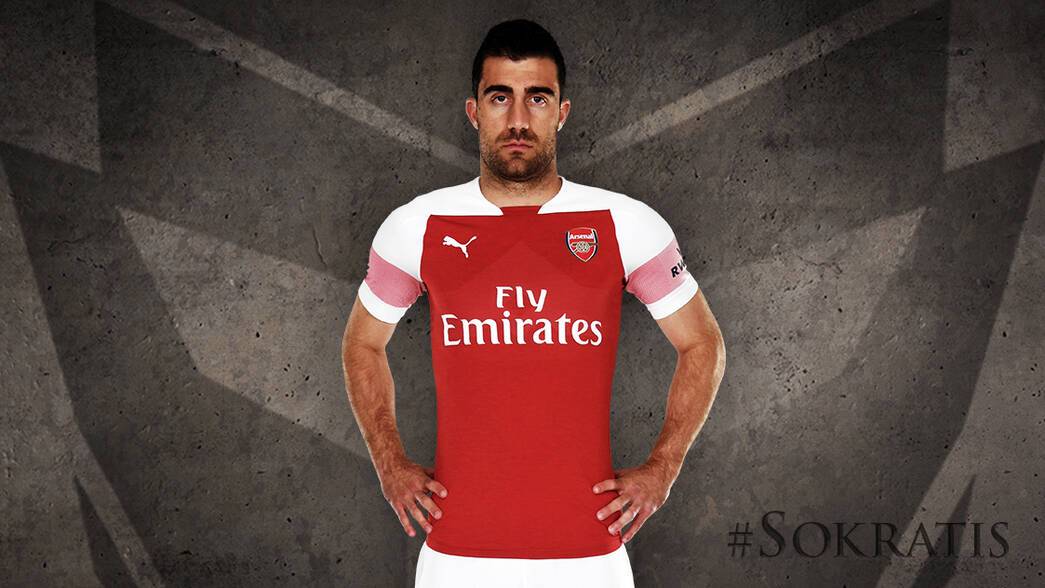 Sokratis becomes our third major signing of the summer following the arrivals of right-back Stephan Lichtsteiner from Juventus and goalkeeper Bernd Leno from Bayer Leverkusen.

The experienced defender will wear the No.5 shirt next season and he’ll add some much needed leadership to the back four after Per Mertesacker’s retirement while we’ll be without Laurent Koscielny for several months following an Achilles operation.