The summer transfer window is open and managers are working hard on their transfer targets so we’ll bring you all the latest gossip from around the globe. Today, Man Utd are linked with Alessio Romagnoli…. 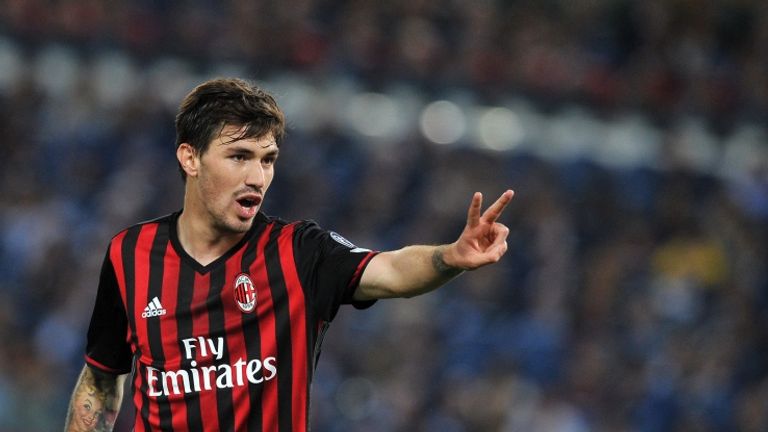 Manchester United have launched a £44m bid to sign Alessio Romagnoli but AC Milan are determined to get more for their star centre-back, according to a report by CalcioMercato.

Jose Mourinho is expected to be busy in the transfer market this summer as he looks to build a squad capable of competing with Manchester City for the title having finished 19 points adrift of their rivals last season. United have already snapped-up right-back Diogo Dalot and midfielder Fred but Mourinho is on the look out for further reinforcements.

A centre-back has become a priority as doubts continue over Chris Smalling and Phil Jones while Victor Lindelof is being linked with a move away from Old Trafford following a disappointing debut season in England following his move from Benfica 12 months ago so a long-term partner for Eric Bailly is needed.

United have been linked with a number of players in recent weeks but CalcioMercato are citing a report from Il Corriere dello Sport that claims Mourinho has identified Romagnoli as the man he wants to strengthen his defence.

The Italian publication says United have a serious interest in signing the 23-year-old and have now tabled a formal £44m offer – which includes £40m up front with a further £4m in add-ons.

However, the report says AC Milan have already rejected the proposal as Romagnoli is under contract until 2022 and they believe he’s worth more than £44m but the Serie A giants will consider any improved offer due to their financial difficulties.

Romagnoli came through the youth system at Roma before joining Milan in August 2015 and he’s developed in to one of the best central defenders in Italy while he’s also established himself in the Italian national team.

The youngster was hugely impressive at the heart of the Milan side last season so I think he’d be an excellent signing if United could pull it off but it remains to be seen whether they’ll be able to get a deal agreed this summer.