The summer transfer window is open and managers are working hard on their transfer targets so we’ll bring you all the latest gossip from around the globe. Today, Chelsea are linked with Gonzalo Higuain…. 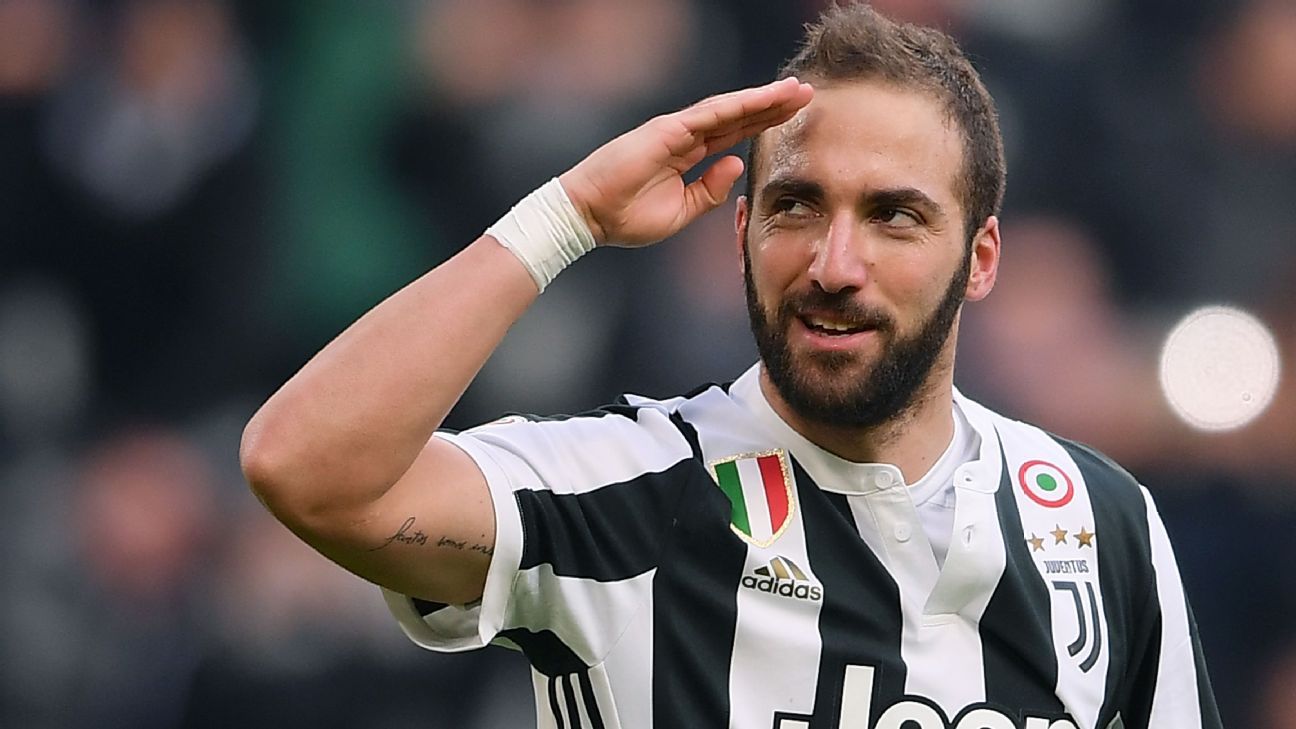 Chelsea have agreed a club-record £61.7m deal to sign Juventus striker Gonzalo Higuain as incoming boss Maurizio Sarri kicks off his summer transfer activity, according to report in Italy via TeamTalk.

Antonio Conte is widely expected to be relieved of his duties at Stamford Bridge as soon as a suitable compensation package can be agreed and Sarri has been lined-up as his replacement following his exit from Napoli earlier in the summer.

It looks like Sarri is already working on possible new recruits as TeamTalk are citing a report from Sport Mediaset that claims Chelsea have agreed a sensational deal to sign Higuain from Juventus.

The Italian publication says Chelsea will pay £53m up front with a further £8.7m coming in additional add-ons meaning it would be a club-record deal if it goes through – breaking the £58m they paid for Alvaro Morata last summer.

The report suggests that Higuain has given his verbal agreement to the transfer and all that remains is for Sarri to sign-off the deal once he’s officially unveiled as Chelsea’s new manager.

If true, it would be a sensational coup for the west Londoners as Higuain has been one of the most prolific strikers in European football over the past decade having scored 282 goals in his 556 career appearances.

The Argentinean international enjoyed a seven-year spell at Real Madrid before joining Napoli where he scored 91 times in 146 games under Sarri and the South American hitman has continued to shine since moving to Juve two years ago.

It looks like the pair could be reunited at Stamford Bridge this summer and Higuain’s arrival at Chelsea could see Morata head in the opposite direction as he’s been strongly linked with a return to Turin after struggling to settle in England.