As per an announcement on Arsenal.com, Arsenal have completed the signing of Matteo Guendouzi from Lorient in a deal reportedly worth £7m.

The summer transfer window is open and managers are working hard on their transfer targets so we’ll bring you all the latest gossip from around the globe. Today, Arsenal have signed Matteo Guendouzi…

As per an announcement on Arsenal.com, Arsenal have completed the signing of Matteo Guendouzi from Lorient in a deal reportedly worth £7m.

Unai Emery has been looking to strengthen his options in the middle of the park following the departures of Santi Cazorla and Jack Wilshere this summer and Guendouzi became a prime target over the weekend as reports emerged suggesting Arsenal were closing-in on a deal.

The 19-year-old flew in to London on Monday to undergo his medical and discuss personal terms and as we reported yesterday, a video was leaked online showing Guendouzi signing his contract at London Colney.

The club have now finally announced the deal with a statement on Arsenal.com confirming that Guendouzi has joined from Lorient and although the fee hasn’t been disclosed, the Mirror claim we’ve paid £7m for his signature.

The talented midfielder becomes Emery’s fifth major signing of the summer following the arrivals of Stephan Lichtsteiner, Sokratis, Bernd Leno and Lucas Torreira – who completed his move from Sampdoria on Tuesday.

Emery expressed his delight at signing Guendouzi after confirming to the clubs website he will go straight in to the first team squad:

“We are delighted Matteo is joining us. He is a talented young player and a lot of clubs were interested in him. He has big potential and gained good first-team experience last season with Lorient. He wants to learn and improve and will be an important part of our first-team squad.” 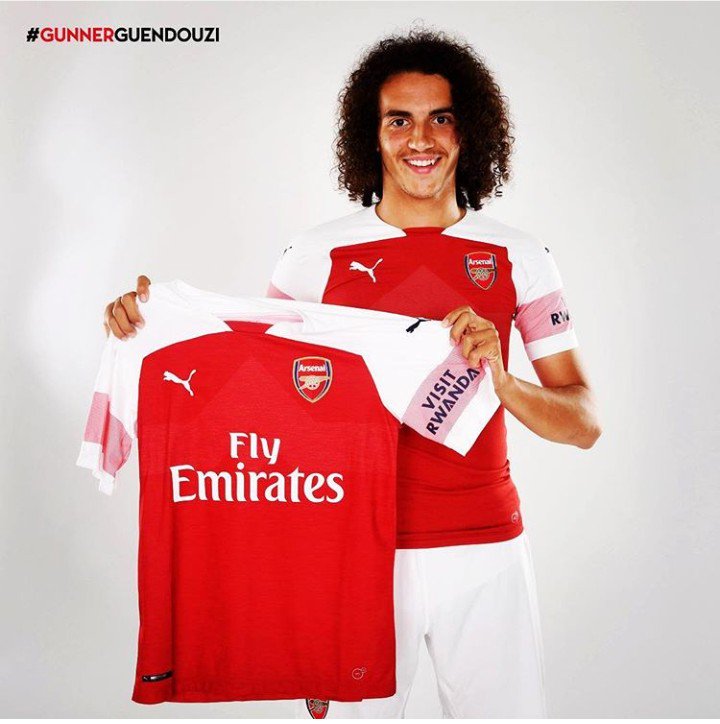 The teenager came through the youth ranks at Paris Saint-Germain before joining Lorient in 2014 and he’s made 30 first team appearances since breaking in to the side in October 2016.

Guendouzi caught the eye of Arsenal scouts and he’s now admitted he’s fulfilled a dream by joining the club he supported as a child. He told the clubs website:

It’s something I’m immensely proud of. Arsenal have always been the team closest to my heart and a side I’ve wanted to join since I was a child.  It gives me great pride – it’s incredible.  I hope I can do great things here.  It doesn’t get any better than coming to a club like this, with so much history, like Arsenal. I’m hugely proud.

Guendouzi will wear the No.29 shirt after it was vacated by Granit Xhaka and the French Under-20 international should be a hugely exciting addition to the squad.