Liverpool have announced on Liverpoolfc.com that Xherdan Shaqiri has completed his move from Stoke City for a reported £13m.

The summer transfer window is open and managers are working hard on their transfer targets so we’ll bring you all the latest gossip from around the globe. Today, Liverpool have completed the signing of Xherdan Shaqiri… Liverpool have announced on Liverpoolfc.com that Xherdan Shaqiri has completed his move from Stoke City for a reported £13m.

Shaqiri has been strongly linked with a move to Anfield in recent months after he expressed his desire to leave Stoke following their relegation to the Championship having finished 19th in the Premier League last season.

The Switzerland international attracted interest from all across Europe after it emerged he had a very reasonable release clause in his contract worth £13m – according to the Liverpool Echo.

However, the 26-year-old was keen to link-up with Jurgen Klopp at Anfield and Liverpool triggered his release clause earlier this week leading to Shaqiri flying home early from his holiday to seal his move to Merseyside.

The formalities were swiftly concluded with the Liverpool Echo claiming the attacker underwent his medical at Melwood on Friday and agreed terms over a five-year contract.

Liverpool have now confirmed on their official website that Shaqiri has joined the club and the Swiss star expressed his delight after joining a ‘huge club’. 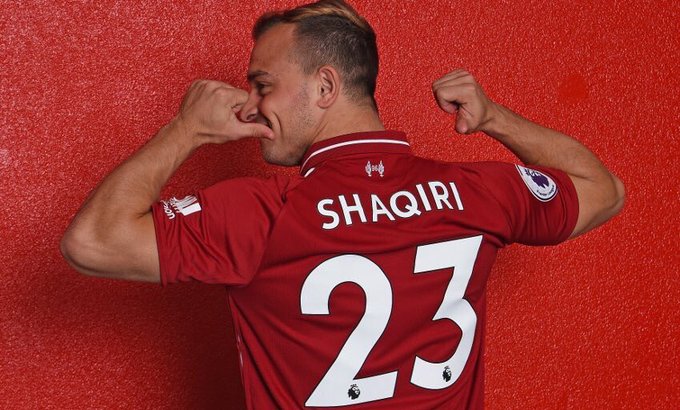 “As a player you always want to be on the biggest stage in football. A few years ago I wanted to come too but it didn’t happen. I’m really happy that now I’m finally here. I want to improve myself too, I want to be with the best and I want to win titles. That’s what I’m here for.”

Shaqiri obviously has plenty of experience playing in England following three solid years at Stoke and he’s also played in the Champions League during spells at Basel, Bayern Munich and Inter Milan.

Klopp has been in the market for another attacker since selling Philippe Coutinho to Barcelona in January and Shaqiri will provide top class competition for the likes of Mohamed Salah and Sadio Mane next season. 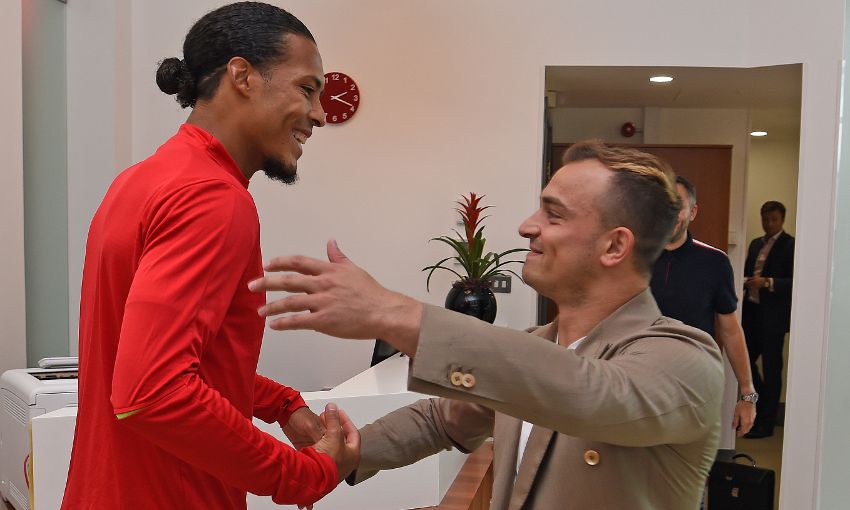