There is lots of Manchester United-related gossip doing the rounds in the newspapers. Today, United have bid for Goncalo Guedes and have sold Blind

There is lots of Manchester United-related gossip doing the rounds in the newspapers with the Red Devils linked with a whole host of star names. Today, Man Utd have bid for Goncalo Guedes and agreed to sell Daley Blind… 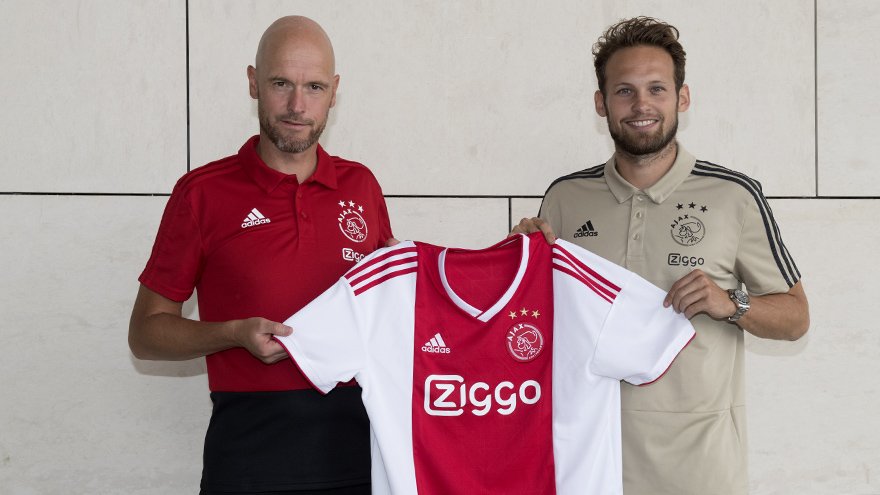 Ajax have resigned 28-year-old Daley Blind from Manchester United, four years after he left the Amsterdam club to join The Red Devils.

Blind, who has 54 caps for the Netherlands and can play in midfield or defence, struggled for game time under Jose Mourinho last season, featuring only 17 times for Man Utd in all competitions.

An initial £14m deal has been agreed between the clubs, according to TeamTalk, with the fee possibly rising to £18.5m with performance-based add-ons.

Blind was part of the 2017 United squad which won the League Cup against Southampton and the Europa League, in which he started against his former club Ajax.

After completing his move ‘home’, Blind said on Twitter:

“First of all I want to say how proud I am to be a part of the Manchester United family,”

“To play for the biggest club in the world with such a history meant a lot to me. I had 4 great years with 4 trophy’s!”

“I want to thank everyone, the managers, coaches, the medical department, everyone who helped me to settle in so quick at the beginning, of course my teammates and last but definitely not least the fans!”

Blind originally signed for United in 2014 for a £13.8m fee, and was entering the final year of his contract so the Red Devils have decided to cash-in before losing him for nothing in 12 months.

He is the latest Premier League player to sign for Ajax this summer, after Southampton’s Dušan Tadić also joined the Amsterdam club earlier in the window.

And it looks like Jose Mourinho has already spent the Blind money as TeamTalk are citing a report from Don Balon that claims Manchester United have seen a £71m bid for Goncalo Guedes accepted by Paris Saint-Germain.

Mourinho has been looking to strengthen his attacking options this summer and Guedes could be lined-up as a potential replacement for Anthony Martial amid speculation surrounding his future at Old Trafford.

The Spanish publication says Mourinho has set his sights on the Portuguese international and PSG have now accepted United’s £71m bid for the talented attacker.

Guedes made his name after coming through the youth ranks at Benfica and was considered to be one of the most exciting young players in Europe when he joined PSG in January 2017.

However, the 21-year-old struggled to make an impact at the Parc des Princes and was sent out on loan to Valencia last summer where he rediscovered some of his best form with 6 goals and 11 assists.

It’s reported that Valencia want to make the move permanent but have refused to meet PSG’s asking price which has left the door open for Manchester United to swoop in.

Guedes would be an exciting signing for Mourinho as he could add a spark that was lacking in the final third at times last season but we’ll have to wait and see how accurate these reports turn out to be.