The summer transfer window is in full swing and managers are working hard on their transfer targets so we’ll bring you all the latest gossip from around the globe. Today, Tottenham are linked with Gonzalo Higuain… 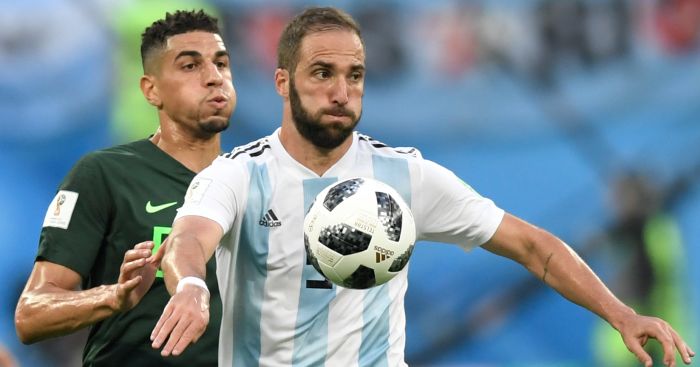 Tottenham are ready to hijack Chelsea’s attempts to sign Gonzalo Higuain with Mauricio Pochettino eyeing a shock swoop for the Juventus hitman, according to reports in Italy via TeamTalk.

Higuain has been one of the most prolific strikers in world football over the past decade as he’s scored 282 career goals during spells at Real Madrid, Napoli and more recently Juventus to help him win a whole host of trophies in Spain and Italy.

The 30-year-old netted 23 times in his 50 appearances for the Old Lady last season to secure yet another Serie A title but his future in Turin has been called in to question following Juve’s sensational swoop to sign Cristiano Ronaldo this summer.

Juventus need to balance the books after paying big money to land the Portuguese superstar and reports suggests Higuain could be sacrificed with a move to England potentially on the cards.

TeamTalk reported earlier this week that Chelsea were in talks with Juventus over a potential £53m deal and were prepared to offer the Argentinean international a three-year deal worth £127,000-a-week.

New Blues boss Mauruzio Sarri is looking to reshape his squad after replacing Antonio Conte at Stamford Bridge and a new striker could be on the cards amid rumours linking Alvaro Morata with a move back to Italy.

However, it looks like Chelsea could face stiff competition as TeamTalk are citing a report from Corriere dell Sera that claims Tottenham have now joined the race for Higuain’s signature.

Pochettino has been extremely quiet in the market so far this summer but the Spurs boss is expected to make some moves during the closing weeks of the window and support for Harry Kane up front is needed.

Fernando Llorente is likely to leave following a disappointing season in north London so Tottenham need to find a replacement and it looks like Pochettino is eyeing an audacious move for Higuain.

However, despite these reports, it would be a huge surprise if Spurs did sign the South American as he turns 31 in December and would have very little sell-on value so it would be a strange move from Chairman Daniel Levy.