Chelsea have confirmed on Chelseafc.com that Rob Green has joined the club on a free transfer after leaving Huddersfield Town at the end of last season.

The summer transfer window is in full swing and managers are working hard on their transfer targets so we’ll bring you all the latest gossip from around the globe. Today, Rob Green has completed his move to Chelsea…

Chelsea have confirmed on Chelseafc.com that goalkeeper Rob Green has joined the club on a free transfer after leaving Huddersfield Town at the end of last season.

Green did not feature in the Huddersfield first team during his 12-month stay at the Kirklees Stadium and left the club following the expiration of his contract back in June.

There was speculation the 38-year-old could retire, however, Chelsea made a surprise move earlier this week and the keeper underwent his medical and agreed personal terms in west London on Wednesday.

The Blues were in the market for an experienced goalkeeper to act as back-up for Thibaut Courtois and Willy Caballero after Eduardo joined Vitesse Arnhem and Jamal Blackman moved to Leeds United.

They moved quickly to find their man and Chelsea have now announced this morning that Green has completed his free transfer move to the club with the veteran stopper penning a one-year deal. 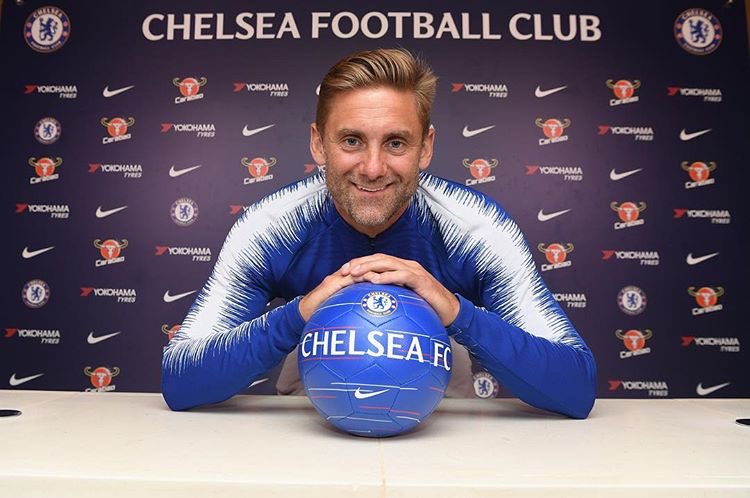 After completing his move, Green told the clubs official website that he’s delighted to have joined Chelsea:

‘It has been a whirlwind 24 hours. You are thinking about your career and where you want to go and then you get a phone call like this, and it is a short conversation.

‘It has been a pretty dramatic time for me and I can’t wait to get started. I am absolutely delighted and it is a thrill and an honour to be here.’

Green will only be Chelsea’s third choice goalkeeper and is highly unlikely to play for the first team but he provides them with an experienced option and will boost their homegrown quota.

He has played for Norwich City, West Ham, QPR and Leeds United during a career that’s seen him make more than 650 appearances while he also played 12 times for England.

Green was born just a short drive from Chelsea’s Cobham training base so this will no doubt be a dream move for him during the final stages of his career and he becomes Chelsea’s second signing of the summer following the arrival of Jorginho.