There is plenty of Manchester United and Chelsea gossip doing the rounds in the papers with the English giants linked with a whole host of star names. Today, Sergej Milinkovic-Savic favours Chelsea or Man Utd…

Lazio midfielder Sergej Milinkovic-Savic wants to join Chelsea this summer despite Manchester United showing a strong interest in the £133m-rated star, according to reports via TeamTalk.

Milinkovic-Savic joined Lazio from Genk in 2015 and has developed in to one of the most sought-after players in European football after providing 14 goals and 9 assists to help his side finish fifth in the Serie A table last season – which saw them narrowly miss out on Champions League qualification.

The 23-year-old represented Serbia at the 2018 World Cup finals this summer and his potential has caught the attention of several top clubs with TeamTalk claiming that Manchester United, Real Madrid and Chelsea have all expressed their interest in signing the midfielder.

Reports earlier this month suggested that Man Utd were in pole position to land the talented youngster after the Manchester giants opened transfer talks with Lazio over a potential big-money deal.

Jose Mourinho has admitted his frustration at the clubs lack of business so far with Fred the only significant addition to the squad and Milinkovic-Savic would certainly be a marquee addition if United could get a deal agreed.

However, it looks like Man Utd face a fight to lure Milinkovic-Savic to Old Trafford as TeamTalk are citing a report from the Independent that claims the player is ready to snub United in favour of joining Chelsea. 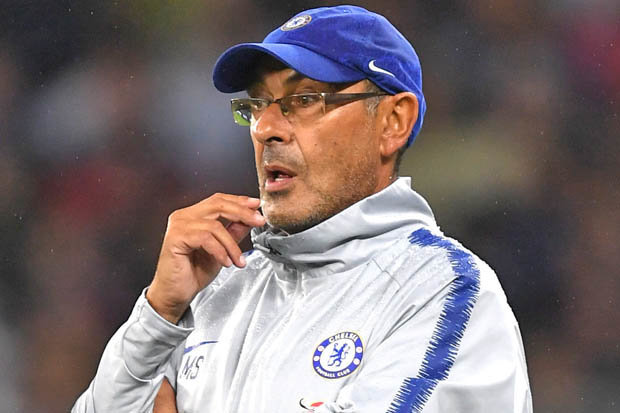 The newspaper says the Blues are poised to move for Milinkovic-Savic and the Serbian international is keen on moving to west London despite Chelsea’s lack of Champions League football.

New boss Maurizio Sarri has signed Jorginho and Rob Green since replacing Antonio Conte so Milinkovic-Savic would become Chelsea’s third signing of the summer if they could get a deal wrapped-up.

However, that still won’t be easy as the report says Lazio value Milinkovic-Savic at around £133m and it remains to be seen whether Chelsea, or United, would be willing to pay that kind of money for the youngster.