Liverpool and Chelsea are ready to do-battle over the signing of Christian Pulisic as Borussia Dortmund are now open to selling the £62.5m-rated attacker

The summer transfer window is in full swing and managers are working hard on their transfer targets so we’ll bring you all the latest gossip from around the globe. Today, Liverpool and Chelsea are linked with Christian Pulisic… 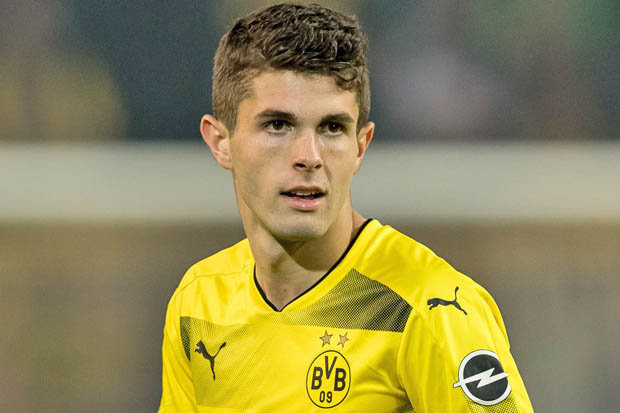 Liverpool and Chelsea are ready to do-battle over the signing of Christian Pulisic as Borussia Dortmund are now open to selling the £62.5m-rated attacker, according to reports via TeamTalk.

Pulisic has developed into one of the most sought-after young attackers in European football having established himself as a key player since joining Dortmund from PA Classics in 2015. The 19-year-old provided 5 goals and 7 assists in his 42 appearances last season while he’s also got 9 goals in 21 caps for the United States national team.

The teenagers’ potential has caught the attention of clubs here in the Premier League with the Telegraph reporting earlier in the summer that Liverpool and Chelsea are among the clubs to have been showing a keen interest.

Liverpool in particular have been strongly linked with a move for Pulisic in recent months as boss Jurgen Klopp knows the player well from their time together at Dortmund and is reportedly keen on a reunion at Anfield.

The Reds boss is in the market for another attacker as he’s still not replaced Philippe Coutinho following his move to Barcelona in January and he recently heaped praise on Pulisic following his two-goal performance against Liverpool during a pre-season friendly.

However, Chelsea are also tracking the American star as new boss Maurizio Sarri lines-up potential replacements for Eden Hazard and Willian with both players being linked with moves this summer.

It looks like the English duo have now been handed a boost as TeamTalk are citing a report from Bild that claims Dortmund are open to the idea of cashing-in on Pulisic after he turned down the chance to discuss a new contract.

The youngster has two years left on his current deal so it seems the Bundesliga giants are ready to cash-in now as his value would drop considerably next summer if he doesn’t commit his future to the Westfalonstadion over the coming 12 months.

Recently, his father hinted a move to England could be on the cards and the report says Dortmund would consider selling if the likes of Liverpool or Chelsea put £62.5m [€70m] on the table this summer.

Pulisic is predominantly a right-winger but he’s capable of playing anywhere across the attacking positions so he’d be a very useful asset for Liverpool or Chelsea if either club could lure him to England.