Chelsea have tabled a £35.5m bid to sign Mattia Caldara and are also in talks over a deal for Matias Vecino as the Blues step-up their transfer search

The summer transfer window is in full swing and managers are working hard on their transfer targets so we’ll bring you all the latest gossip from around the globe. Today, Chelsea are linked with Matias Vecino and Mattia Caldara… 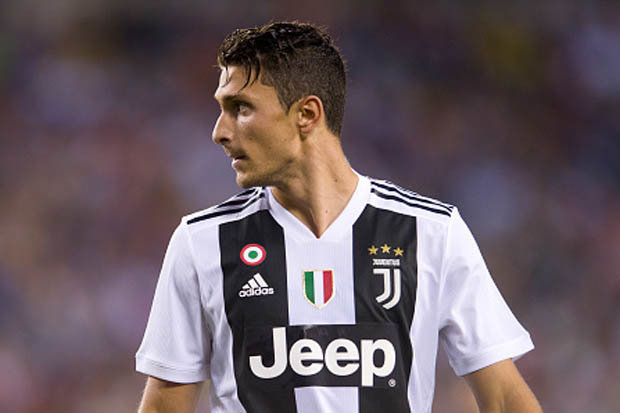 Chelsea have tabled a £35.5m bid to sign Mattia Caldara and are also in talks over a deal for Matias Vecino as the Blues step-up their transfer search, according to the Evening Standard.

It’s been a quiet summer so far at Stamford Bridge as all transfer activity was put on hold while Chelsea resolved their managerial situation and Maurizio Sarri has only signed midfielder Jorginho and third-choice goalkeeper Rob Green since being brought in to replace Antonio Conte earlier this month.

However, it’s expected to be a hectic final few days of the the transfer window in west London with a number of incomings and outgoings and the Evening Standard claims director Marina Granovskaia and owner Roman Abramovich have now accelerated their transfer negotiations.

A new centre-back is on the agenda as David Luiz and Gary Cahill are both being linked with moves and the newspaper says Chelsea have now turned their attention to Caldara after being frustrated with their attempts to sign Daniele Rugani.

Juventus are reluctant to let him leave so the Evening Standard claims Chelsea have now tabled a £35.5m bid for team-mate Caldara after holding formal talks with sporting director Fabio Paratici over the weekend.

The 24-year-old enjoyed an impressive season back on loan with Atalanta last year after only joining Juventus last summer and he earned a call-up to the Italian national team in June.

The centre-back is likely to struggle for regular game time in Turin with a number of players ahead of him in the pecking order so Juventus could be tempted to cash-in on Caldara rather than contemplate letting Rugani go. Sarri is also in the market for another midfielder as Tiemoue Bakayoko and Danny Drinkwater are being tipped to leave Stamford Bridge after struggling to settle following their moves last summer.

The Evening Standard claims Chelsea opened negotiations with Inter Milan on Saturday to discuss a deal for Vecino after Sarri identified the Uruguayan international as a prime target.

The 26-year-old played under Sarri during their time together at Empoli and it seems a reunion in west London could be on the cards if a deal can be agreed between the two clubs.

Vecino only joined Inter last summer and made 25 league starts to help secure a top four finish but the newspaper says the San Siro outfit could cash-in if £31m is put on the table this summer.

We’ll have to wait and see how the talks progress over the coming days but it looks like Chelsea could be closing-in on a £66.5m double swoop as Sarri continues to overhaul the squad he inherited from Conte.