The summer transfer window is in full swing and managers are working hard on their transfer targets so we’ll bring you all the latest gossip from around the globe. Today, Tottenham are battling to sign Roberto Gagliardini… 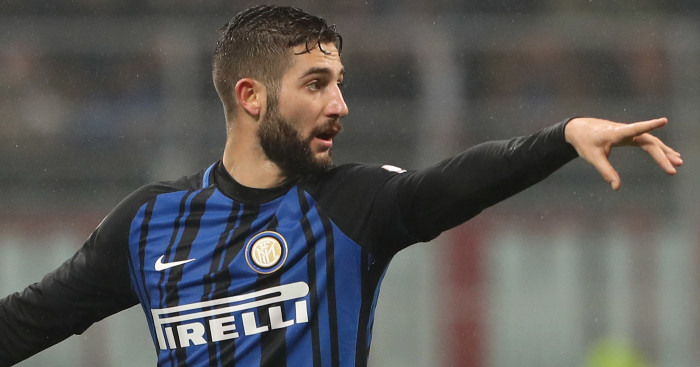 Tottenham are battling Atletico Madrid over £18m Inter Milan midfielder Roberto Gagliardini as Mauricio Pochettino tries to secure his first summer signing, according to reports in Italy via TeamTalk.

Pochettino has endured a quiet summer so far as the Spurs boss is yet to make a single significant addition to his squad and he’s admitted he’s unsure whether any new arrivals will come-in before the window shuts on August 9th as chairman Daniel Levy has been frustrated in his attempts to land key targets.

However, Tottenham are still working hard trying to secure deals and a central midfielder is seemingly on the agenda as the north Londoners have been linked with a number of players amid rumours Moussa Sissoko and Mousa Dembele could leave over the coming days.

Gagliardini is the latest name to emerge as a target as TeamTalk are citing a report from Tuttomercatoweb that claims Tottenham are leading the chase along with Atletico Madrid to sign the Inter Milan midfielder.

The 24-year-old came through the youth ranks at Atalanta and spent time out on loan at several clubs including Cesena and Vicenza before eventually making a permanent move to Inter in January 2017.

Gagliardini impressed during his 32 appearances to help Inter secure a top four finish in the Serie A table and secure qualification to the Champions League while he’s also been capped by the Italian national team.

However, his future at the San Siro is in doubt as Inter have signed Radja Nainggolan from Roma and are also being linked with Arturo Vidal so Gagliardini could find himself surplus to requirements this season.

TeamTalk says the situation has alerted a number of European clubs but it’s Tottenham and Atletico who lead the way to sign the £18m-rated player as they are able to offer Gagliardini the Champions League football he craves.

We’ll have to wait and see how things develop over the coming days but Tottenham will have to make their move soon if they want to get a deal agreed before the window slams shut.