The summer transfer window is drawing to a close and managers are working hard to secure last minute deals so we’ll bring you all the latest gossip from around the globe. Today, Tottenham are linked with Lewis Cook… 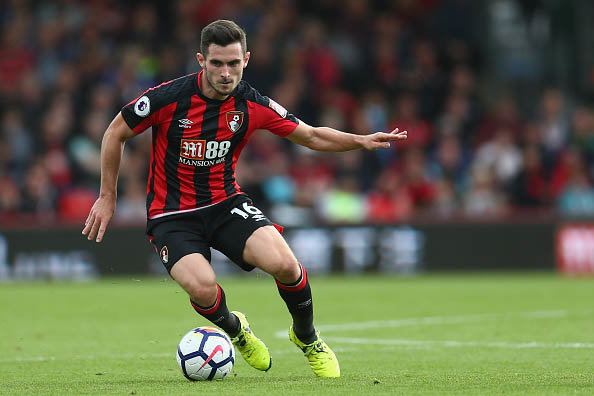 Tottenham are plotting a late £30m bid to sign Liverpool target Lewis Cook from Bournemouth before the transfer window slams shut next week, according to the Daily Star,

Cook came through the youth ranks at Leeds United before joining Bournemouth in 2016 for £7m and he’s developed in to one of the most exciting young midfielders in the Premier League over the past two years having established himself as a regular under Eddie Howe last season.

The 21-year-old made 29 league appearances to help the Cherries secure a 12th placed finish in the table after captaining the England U20’s to World Cup glory last summer and he was named on the stand-by list by Gareth Southgate for the World Cup last month.

Cook’s potential has caught the eye of clubs in the upper echelons of the Premier League as the Daily Star says Tottenham and Liverpool have both been showing a keen interest in signing the midfielder.

Jurgen Klopp has already slashed out big money on Naby Keita and Fabinho this summer but with Alex Oxlade-Chamberlain set to miss the entire season through injury, James Milner coming towards the end of his career and Jordan Henderson hampered by niggling injuries, it seems Liverpool could be in the market for another midfielder and Cook is on their radar.

However, Spurs are ready to steal a march on Liverpool as the Daily Star says Tottenham are set to launch a £30m bid to sign Cook before the transfer window slams shut on August 9th.

Mauricio Pochettino is yet to make a single signing this summer but the north Londoners are expected to be active over the coming week and they’re ready to test Bournemouth’s resolve with a big-money bid for Cook.

The youngster has two years left on his contract and the South Coast club want to tie him down to a new extension but if Cook makes it clear he won’t commit his future to the club, then Bournemouth may decide to cash-in.

Moussa Sissoko and Mousa Dembele have been linked with moves away from White Hart Lane so Tottenham could be eyeing Cook as a potential replacement, but we’ll have to wait and see how Bournemouth respond if a formal offer arrives.