The summer transfer window is drawing to a close and managers are working hard to secure last minute deals so we’ll bring you all the latest gossip from around the globe. Today, the latest on Chelsea and Tottenham target Wilfried Zaha…. 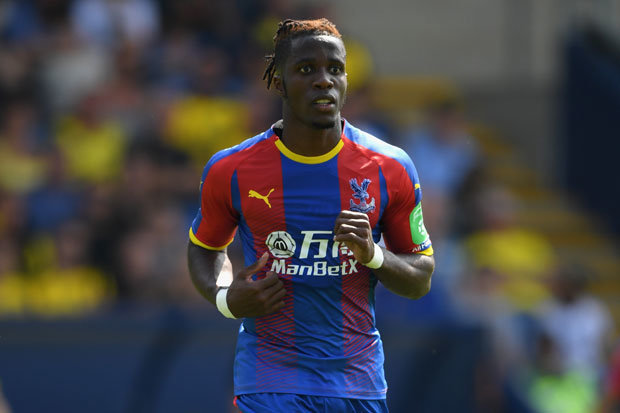 Chelsea are ready to launch a fresh bid to sign Tottenham target Wilfried Zaha and the winger is determined to push through a move from Crystal Palace, according to various reports.

Zaha is a product of the Palace youth system and was once considered to be one of the most exciting youngsters in British football when he joined Manchester United in 2013 but he eventually re-joined Palace after an unhappy two-year spell at Old Trafford.

The 25-year-old has rediscovered some of his best form at Selhurst Park and he provided 9 goals and 5 assists in his 29 Premier League appearances last season to help the Londoners secure their top flight status for at least another year.

The Ivory Coast international has been strongly linked with a move this summer and the Sun claims Chelsea are ready to launch an improved bid to sign Zaha after seeing their opening £30m plus Danny Drinkwater offer rejected.

The newspaper says Tottenham are also in the race to sign the attacker and hope a £45m plus £15m in odds-ons and a sell-on clause would persuade Palace to do business this summer.

Mauricio Pochettino is yet to make a single signing this window but the Spurs boss is expected to be active over the coming days and it seems he’s keen to strengthen his attack with Zaha firmly on his radar.

However, it looks like Tottenham could be set for disappointment as not only are Chelsea lining-up a fresh bid but the Mirror claim that Zaha wants to secure a move to Stamford Bridge before the window closes.

The newspaper says the former United man has told team-mates he’s determined to quit Palace and may even lodge an official transfer request to force through a move to Chelsea after rejecting a new deal at Selhurst Park.

Maurizio Sarri is gearing up for a busy few days as he looks to further strengthen the squad he inherited from Antonio Conte and Zaha could be viewed as a potential replacement for Willian amid speculation surrounding his future.

We’ll have to wait and see how things progress as we can’t discount Tottenham from the running just yet but as it stands it looks like Chelsea are in pole position to sign Zaha this summer.