The summer transfer window is drawing to a close and managers are working hard to secure last minute deals so we’ll bring you all the latest gossip from around the globe. Today, Chelsea are linked with Bernard… 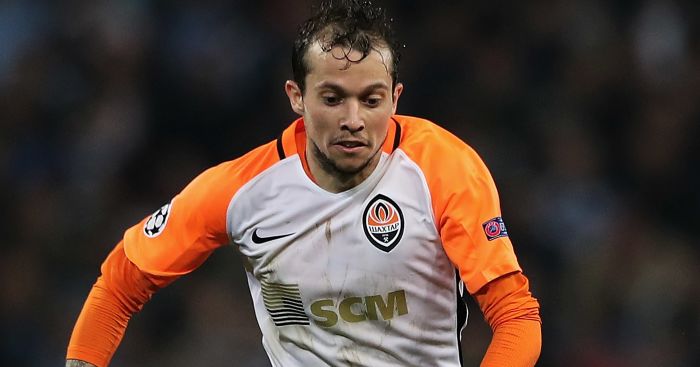 Chelsea are pushing to sign South American attacker Bernard on a free transfer this summer but face competition from West Ham and AC Milan, according to reports in Italy via TeamTalk.

Maurizio Sarri has snapped-up midfielder Jorginho and third-choice goalkeeper Rob Green since replacing Antonio Conte in the Stamford Bridge hot-seat last month but the 59-year-old is expected to be extremely active in the transfer market over the coming days.

A new attacker is on the agenda as Willian’s future in west London is in serious doubt amid speculation the 29-year-old is trying to force a move away from Chelsea before the window shuts next week and it seems Sarri has lined-up Bernard as a potential replacement.

TeamTalk are citing a report from La Gazzetta dello Sport that claims Chelsea are pushing to secure a deal to sign the Brazilian international and are ready to trump any offer put on the table by AC Milan.

The reports from Italy suggest that Bernard is asking for a five-year deal worth around £2.6m-per-season and while Milan are reluctant to meet those demands, it’s suggested that Chelsea could now take advantage by offering better terms.

However, the Blues could yet face further competition from closer to home as the Guardian claim that West Ham are ready to throw their hat in to the ring and challenge Chelsea and Milan for Bernard’s signature.

The Hammers have been extremely ambitious in the market this summer having signed the likes of Felipe Anderson and Andriy Yarmolenko but it seems boss Manuel Pellegrini is hoping to pull off another major coup.

Bernard is available on a free transfer after leaving Shakhtar Donetsk when his contract expired in June but he enjoyed an excellent five-year spell in the Ukraine that saw him provide 28 goals and 35 assists in 157 games to help win 3 league titles and 6 domestic cups.

The 25-year-old is predominantly a left winger but he’s capable of playing anywhere across the attacking positions so he’d be a very useful addition to Sarri’s squad if Chelsea could win the race for his signature.