The summer transfer deadline day has arrived and managers are working hard to secure last minute deals so we’ll bring you all the latest gossip from around the globe. Today, Man Utd are in talks with Chelsea over Kurt Zouma… 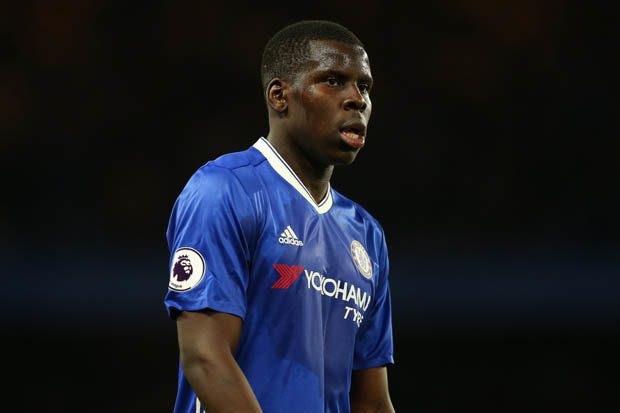 Manchester United have opened talks with Chelsea over a surprise swoop for Kurt Zouma as they look to try and sign a centre-back on deadline day, according to L’Equipe.

Jose Mourinho has made no secret of his frustration at United’s transfer business this summer as Brazilian midfielder Fred has been the only significant addition so far with Lee Grant arriving as a third-choice goalkeeper while Diogo Dalot is a young full-back for the future.

The United boss is hoping to sign at least one more top class player today with a centre-back the priority and the Manchester giants have reportedly failed to agree terms for the likes of Harry Maguire, Toby Alderweireld, Jerome Boateng and Yerry Mina in recent weeks.

It looks like Mourinho has moved on to another potential target as L’Equipe claim Manchester United have joined Everton in holding talks with Chelsea over a deal to sign Kurt Zouma.

The respected French publication says Everton want Zouma on loan while United are looking at a permanent transfer but Chelsea are reluctant to do business with the Red Devils as they don’t want to strengthen a rival.

Mourinho was the man in charge at Stamford Bridge when Zouma was signed from St Etienne in 2014 but after a promising start to his career in west London the 23-year-old fell out-of-favour under Antonio Conte.

The French international spent last season out on loan at Stoke City but couldn’t prevent them from being relegated from the Premier League and he’s now facing an uncertain future back at Chelsea under Maurizio Sarri.

It looks like Mourinho is keen to be reunited with Zouma at Old Trafford but it remains to be seen whether Chelsea will agree to sell to Manchester United or pursue a loan deal with Everton.

The Blues have done business with United in the past having sold them Juan Mata and Nemanja Matic in recent years so Zouma could be the latest player to swap clubs if the money is right. Let’s see how things develop….