Man Utd take on Leicester City at Old Trafford this evening. Here is a preview with the latest team news, line-ups and prediction

Jose Mourinho endured a frustrating summer as he was left disappointed with United’s lack of activity in the transfer market with Brazilian midfielder Fred the only significant addition as Lee Grant came in as a third-choice goalkeeper and Diogo Dalot is a young full-back for the future.

Leicester’s Harry Maguire was strongly linked with a move to Old Trafford throughout the summer after enjoying an excellent World Cup with England but the Foxes stood firm and managed to keep hold of the centre-back so United missed out on another top target.

However, Mourinho still has a very talented group of players to work with and we shouldn’t forget they finished second last season but Man Utd will be determined to close the gap after finishing 19 points adrift of champions Man City.

Leicester will hope this is a good time to play the Manchester giants as they have a number of players injured or not match fit so Claude Puel will be hoping to take home at least a  point this evening.

Mourinho will have to make a late decision over several of his players with the likes of Paul Pogba, Jesse Lingard, Romelu Lukaku and Ashley Young only starting their pre-season training this week following their exploits at the World Cup.

Anthony Martial’s unlikely to be involved after a turbulent summer that saw him publicly criticised by Mourinho for not returning quick enough following the birth of his child amid ongoing speculation surrounding his future.

To make matters worse for United they have a number of players unavailable as Nemanja Matic has been ruled out following surgery while Ander Herrera is also also missing with a hamstring problem.

Sergio Romero, Antonio Valencia, Marcos Rojo and Diogo Dalot are also out through injury but Fred should make his Premier League debut in midfield.

Leicester also have their own fair share of injury concerns as Matty James and Nampalys Mendy are out while James Maddison, Jonny Evans, Demarai Gray, Maguire and Jamie Vardy will all be assessed ahead of kick off.

Ricardo Pereira should make his debut but deadline day signings Caglar Soyuncu and Filip Benkovic aren’t likely to be involved just yet. 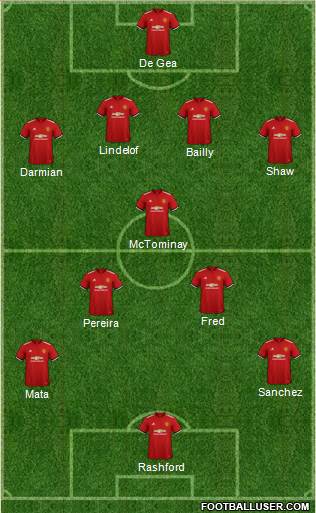 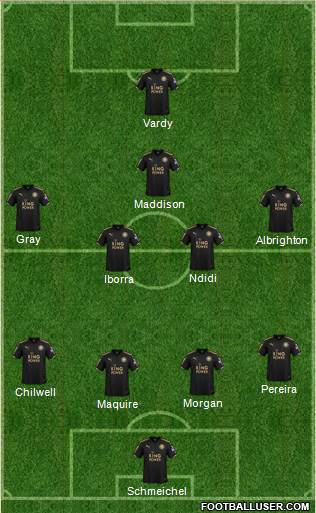 Man Utd 1-0 Leicester: United head in to opening game with a patched-up squad so it isn’t the best way to begin the new season but they are still able to field a solid side that’s more than capable of winning tonight. I expect Leicester to make life difficult and I see this being a tight game but ultimately feel United will have just enough to edge it.

The bookmakers make United the 11/20 favourites to win the game but we can get new customers enhanced odds of 30/1 on the hosts – just click here to take advantage of these incredible odds.