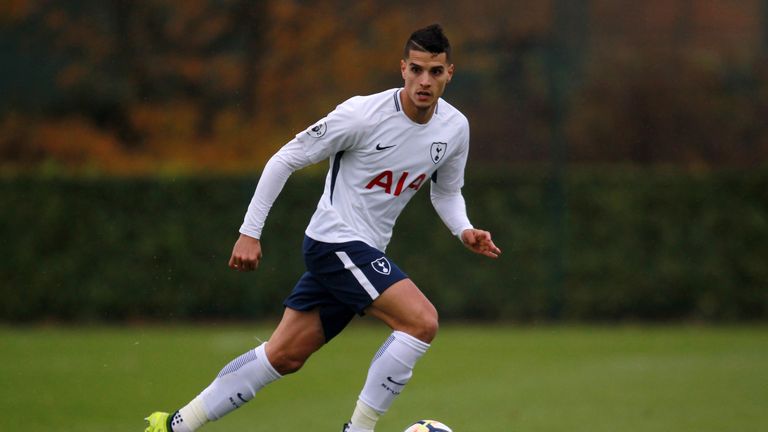 Tottenham play their first ‘home’ game of the new Premier League season when they welcome Fulham to Wembley on Saturday afternoon.

Mauricio Pochettino has been holding his pre-match press conference this afternoon ahead of the game and the club have provided a full team news and injury update.

The Spurs boss has been handed a triple injury boost with the news that Erik Lamela, Harry Winks and Josh Onomah have all returned to full training this week.

Lamela missed the opening weekend victory over Newcastle United at St James’ Park due to a minor muscle injury that the Argentinean international sustained during pre-season but could be in the squad on Saturday.

Winks hasn’t featured for Tottenham since way back in February due to a serious ankle injury but the midfielder has been working his way back to fitness and is now in full training with the rest of the squad.

Onomah on the other hand was ruled out of Tottenham’s entire pre-season preparations due to a knee problem but the youngster could be in contention for a place in the squad against Fulham after returning to training this week.

There was also a positive update on Victor Wanyama as although the Kenyan international won’t be fit to face Fulham, the midfielder is back doing light outdoor training as he looks to recover from a serious knee injury.

However, youngster Cameron Carter-Vickers is continuing his rehabilitation from a groin problem while fellow defender Juan Foyth will also sit out the visit of Fulham this weekend due to an on-going knee issue.

#thfc Lamela, Onomah & Winks all back in training this week. CCV (groin), Foyth (knee) and Wanyama (knee) the only injured players. Wanyama has started training outside again.

Tottenham will look to make it two wins from two games when they take on Fulham on Saturday after beating Newcastle 2-1 last weekend and Pochettino has a strong squad to choose from.

Harry Kane, Dele Alli, Eric Dier, Jan Vertonghen and Hugo Lloris all came through the Newcastle game unscathed having returned to pre-season late following the World Cup while Kieran Trippier is pushing for recall on Saturday.