Arsenal welcome West Ham to the Emirates Stadium on Saturday afternoon. Here is a preview with the latest team news, line-ups and prediction

Arsenal will look to bounce back from a disappointing start to the new season when we welcome West Ham to the Emirates Stadium on Saturday afternoon.

Unai Emery has endured a tough start to life in the Premier League after losing to defending champions Manchester City on the opening weekend before last Sunday’s thrilling 3-2 defeat at Chelsea.

The Spaniard is expected to be given plenty of time to implement his ideas at Arsenal but the pressure will start to mount if he doesn’t collect all three points against the Hammers tomorrow afternoon.

West Ham arrive in north London having also lost their opening two fixtures with Manuel Pellegrini’s side going down against Liverpool and Bournemouth so they’ll be desperate to pick up a positive result.

Arsenal have no fresh injury problems to contend with but Sead Kolasinac remains out with a knee injury while Carl Jenkinson has been sidelined with a serious ankle problem.

Ainsley Maitland-Niles appears to have suffered a set-back in his recovery from a fractured leg as he’s now not due to return until November after initially being pencilled in for October.

Laurent Koscielny made a surprise return to light training this week as he looks to recover from Achilles surgery but the centre-back isn’t expected to be available for some time yet.

Aaron Ramsey and Lucas Torreira are pushing for recalls to the starting eleven with Mesut Ozil and Granit Xhaka in danger of losing their places after being hauled off against Chelsea last week following poor displays.

West Ham will be without Mark Noble due to a back injury while Andy Carroll, Winston Reid and Manuel Lanzini are long-term absentees.

Jack Wilshere will face Arsenal for the first time since ending his 17-year association with the club this summer while Lucas Perez and Lukasz Fabianski will also face their former club. 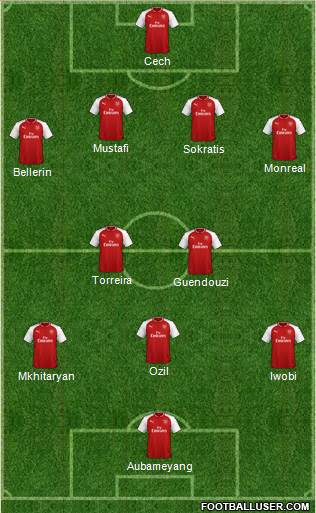 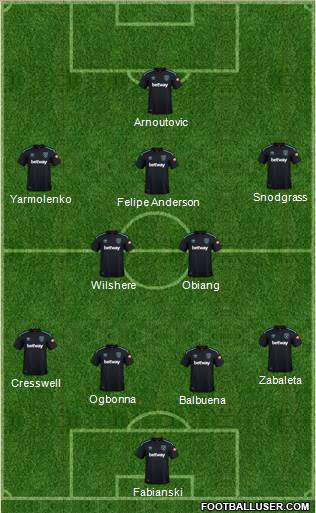 Arsenal 2-1 West Ham: We have an excellent record against West Ham having lost just one of our last 22 meetings and we haven’t lost our opening three games in a season since the mid-50’s. Our home record last season was superb and we looked good in patches against Chelsea last weekend. If we can just cut out the stupid mistakes at the back we’ll do alright this season. I’m backing Emery to pick up his first three points tomorrow, but no doubt we’ll make life difficult for ourselves.