Man Utd take on Tottenham at Old Trafford this evening. Here is a preview with the latest team news, line-ups and prediction

Manchester United will be looking to bounce back from their defeat at Brighton when they welcome Tottenham to Old Trafford this evening.

Jose Mourinho has endured a tough start to the new season as not only did United slump to a shock 3-2 defeat at the Amex Stadium last weekend but there has been constant speculation of rifts between him and executive vice chairman Ed Woodward and star player Paul Pogba.

Man Utd desperately need to put that all behind them and let football do the talking by getting back to winning ways tonight but Mourinho knows it’s going to be an extremely tough game against Tottenham.

The north Londoners head to Old Trafford off the back of consecutive victories over Newcastle United and Fulham so they are in solid form but their preparation for the game has been overshadowed by an off the field incident involving captain Hugo Lloris.

The French international goalkeeper was arrested for drink driving in the early hours of Friday morning and Mauricio Pochettino may now axe his number one for the trip to United this evening.

Man Utd have been handed a triple injury boost with Nemanja Matic, Antonio Valencia and Alexis Sanchez all returning to full training last week and the trio are expected to return to the squad tonight.

Summer signing Diogo Dalot is also back in full training after recovering from knee surgery but the full-back isn’t ready for action just yet.

Sergio Romero remains out with a serious knee injury but Luke Shaw is expected to be fit despite picking up a minor foot knock against Brighton.

Mourinho is being tipped to play a back three tonight with Chris Smalling coming in alongside Eric Bailly and Victor Lindelof.

Michel Vorm is on stand-by to make a rare Premier League start in goal for Tottenham if Lloris is left out while Heung-min Son is still unavailable as he continues to take part in the Asian Games with South Korea.

Victor Wanyama is back in training after a knee injury but won’t be considered for selection just yet while Juan Foyth remains out with a thigh injury. 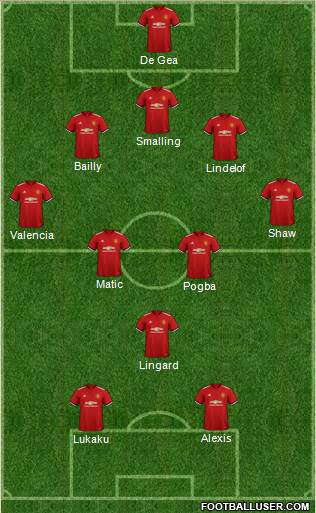 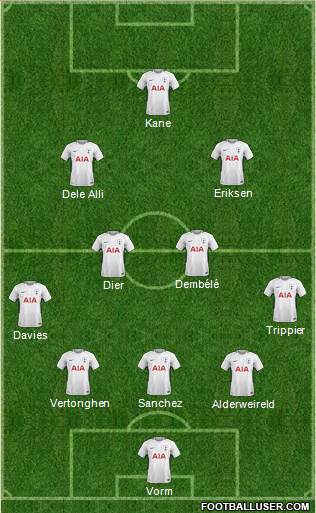 Man Utd 1-1 Tottenham: United have an excellent recent home record against Tottenham as they’ve won each of the last four meetings at Old Trafford without conceding a goal. However, this could be Tottenham’s best chance to get a positive result as United aren’t playing well and I fancy Spurs to nick a 1-1 draw tonight.

The bookmakers make United the 31/20 favourites to win the game but we can get new customers enhanced odds of 40/1 – just click here to take advantage of these incredible odds.