Liverpool are facing a season-defining seven game run in September and October that will include matches against Tottenham, Chelsea and Manchester City.

Liverpool are facing a season-defining seven game run in September and October that will include crucial matches against Tottenham, Chelsea and Manchester City.

The Reds kick-off the brutal period with a trip to Wembley to take on Tottenham Hotspur on Saturday September 15th immediately after the upcoming international break.

Jurgen Klopp’s men were handed a tough group in the Champions League in Thursday’s draw and they begin their European quest when they welcome French champions Paris Saint-Germain to Anfield on September 18th.

The following weekend will see Southampton head to Merseyside in the Premier League before Liverpool host rivals Chelsea at Anfield in the third round of the Carabao Cup.

Klopp will then end a brutal September when he takes his men to west London to face Chelsea in the league at Stamford Bridge for a second meeting within a matter of days.

Things don’t get much easier as Liverpool’s second Champions League group stage fixture sees them travel to Italy to take on Napoli in early October before a crucial clash with Premier League champions Manchester City at Anfield. 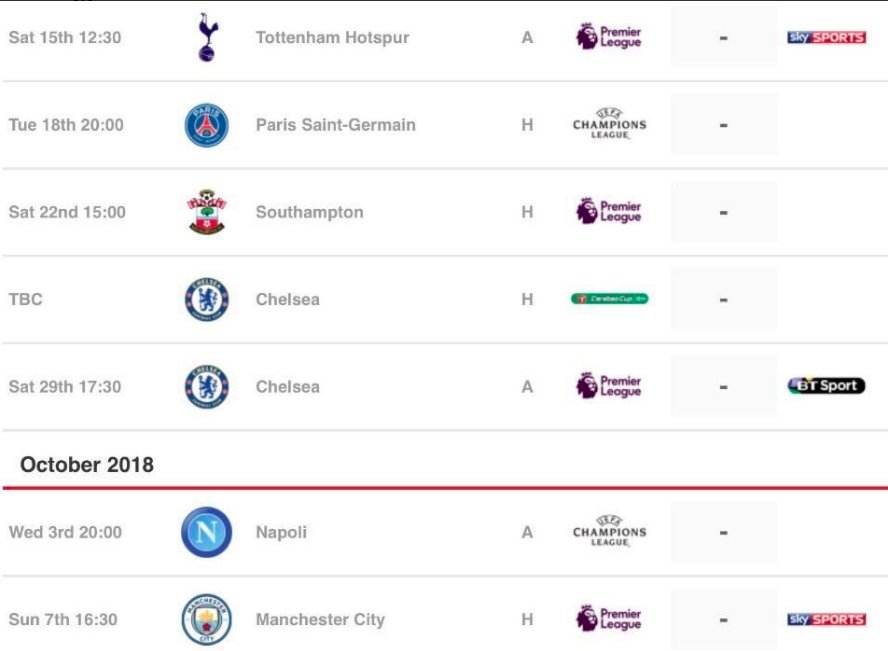 It’s safe to say we’ll know a lot more about Liverpool’s credentials this season once this run of fixtures is over as they look to compete against top class opposition across three different competitions inside a three-week period.

The Carabao Cup clash with Chelsea will no doubt be viewed as the least important fixture and Klopp is expected to name a weakened side so his best eleven should be well rested for the league trip to Stamford Bridge.

However, the remaining six games are all vital as Liverpool can’t afford to drop points in the league or Champions League so Klopp is going to have to carefully manage his squad over the coming weeks to navigate this brutal run.