Here is our match preview ahead of Chelsea’s Premier League clash with Bournemouth including team news, expected line-ups and predicted score

Chelsea will be looking to maintain their 100% start to the new season when they take on Bournemouth at Stamford Bridge on Saturday afternoon.

The Blues have enjoyed an excellent start with last weekend’s 2-1 victory over Newcastle United at St James’ Park making it three consecutive wins for the season following previous victories over Huddersfield and Arsenal.

Maurizio Sarri says his side still have a lot of work to do to be at the level he’s looking for but the signs are positive that Chelsea will be right in the mix for the top four after missing out on Champions League qualification last season.

Bournemouth head to west London this weekend having also made an excellent start to the new campaign as Eddie Howe’s side have taken seven points from their opening three games.

Back-to-back wins over Cardiff and West Ham were followed by a 2-2 comeback draw with Everton last weekend so the Cherries will be desperate to maintain their unbeaten record against Chelsea tomorrow.

Chelsea have no fresh injury concerns to deal with but Cesc Fabregas remains out with a knee injury that’s hampered him so far this season.

Eden Hazard and Mateo Kovacic could both make their first starts of the season at Stamford Bridge after starting against Newcastle last time out.

Bournemouth will make plenty of changes from the side that beat MK Dons in the League Cup on Tuesday night with a number of first team regulars set for recalls.

Jefferson Lerma could keep his place after making his debut in midweek but Junior Stanislas remains out with a knee injury and Kyle Taylor is missing with a muscle problem. 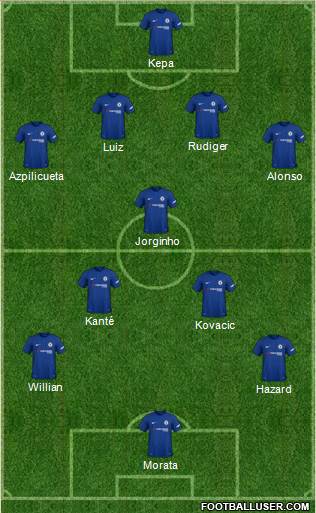 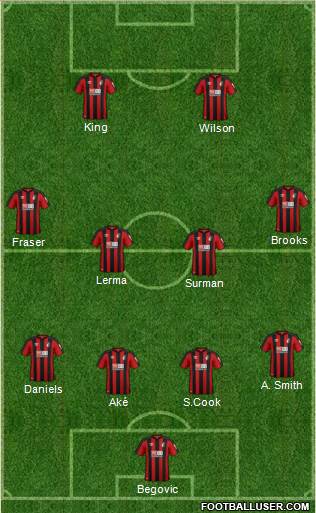 Chelsea 2-0 Bournemouth: The south coast club thrashed Chelsea 3-0 in this fixture last season but I expect it will be a very different game this time around. Sarri has implemented his style already and Chelsea are playing some great football so Bournemouth – who also like to keep the ball on the deck – should be good opposition for them. I expect Chelsea to maintain their 100% record with a 2-0 win.