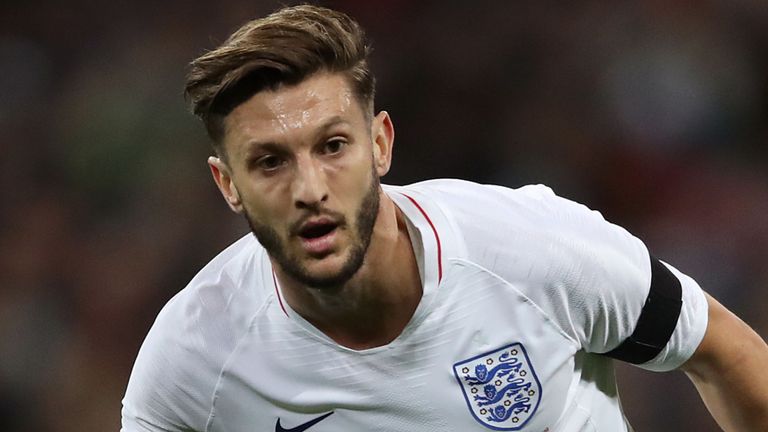 Liverpool have suffered a major blow ahead of their crucial Premier League clash with Tottenham after Adam Lallana picked up a groin injury while away with England, according to the Mirror.

Lallana is yet to start a game for Liverpool this season and has been restricted to making just one late substitute appearance during the win at Crystal Palace last month with Jurgen Klopp leaving the midfielder on the bench for each of the clubs other three league games so far.

The lack of playing time didn’t stop Gareth Southgate calling Lallana up to the England squad ahead of the Nations League game with Spain on Saturday and the friendly with Switzerland next week.

The 30-year-old was expected to get some much-needed action for his country during the international break and Lallana would have been hoping to impress Klopp to try and force his way in to the German coaches first team plans.

However, Liverpool have been dealt a blow as the Mirror claim Lallana was unable to complete training at England’s base this afternoon after suffering a groin injury and has now been forced to withdraw from Southgate’s squad.

The midfielder will now miss England’s double-header against Spain and Switzerland over the next week and will instead return to Liverpool’s Melwood training center to be further assessed by the clubs medical team.

It remains to be seen how long Lallana will be on the sidelines for this time but he’s now considered a major doubt for Liverpool’s trip to Wembley to take on Tottenham in 11 days time.

The former Southampton star was plagued by injury problems last season and missed out on a place in Southgate’s World Cup squad having made just 1 Premier League start during the 2017/18 campaign due to a serious hamstring injury.

This latest set-back will come as a devastating blow to Lallana and Liverpool so the club will be hoping the injury isn’t serious and the midfielder can get back to full fitness as soon as possible.