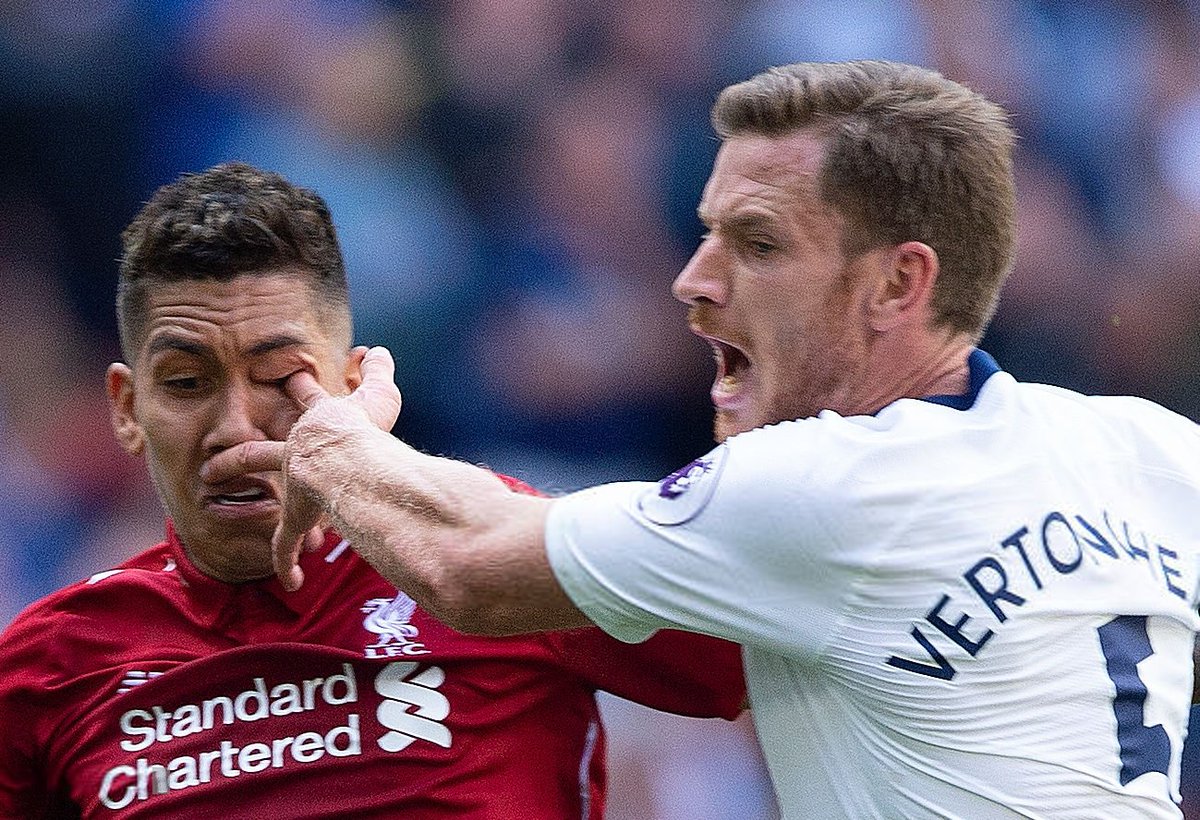 Roberto Firmino has offered a positive update after the Liverpool attacker picked up an eye injury during their 2-1 victory over Tottenham at Wembley this afternoon.

Firmino continued his fine early season form as he grabbed a crucial goal to give Liverpool a 2-0 lead early in the second half after Georginio Wijnaldum had opened the scoring for the Merseysiders in the first half.

Erik Lamela grabbed a consolation for Tottenham in stoppage time as Liverpool held on to secure a 2-1 win at Wembley and make it five consecutive victories so far this season but an injury to Firminio dampened the mood after the game.

The Brazilian international was forced off in the 74th minute after Tottenham defender Jan Vertonghen accidentally poked him in the eye and the Telegraph claim Firmino was taken straight to Moorfield Eye Hospital in London to be checked over.

Reds boss Jurgen Klopp admitted after the game that Firmino was uncomfortable following the clash with Vertonghen and he was waiting to hear whether the striker would be fit to face Paris Saint-Germain on Tuesday night.

Klopp is quoted as saying by the Telegraph:

“We maybe have an injury with Roberto, something with his eye we’ll see. We play PSG and they won yesterday without Neymar and Mbappe, so they can rest players in the league.

“I have no clue what exactly happened, but it’s something with the eye and, at the moment, it’s not comfortable for him.”

However, it seems Liverpool have been handed a major boost as Firmino has taken to social media to provide an update on his condition and he says it was just a scare and he and his eye are doing ‘ok’.

It was just a scare, my eye is ok and so am I. Thank you for all the support and see you soon ? #YNWA Foi só um susto, meu olho está bem e eu também! Obrigado por todo o apoio e a gente se vê logo ??

The news will come as a welcome relief to Klopp as Liverpool have just kicked-off a seven game run that could define their season so they’ll be pleased Firmino’s eye injury is nothing serious.

The South American should now be fit to face PSG in Liverpool’s Champions League opener in midweek before they take on Southampton, Chelsea [twice], Napoli and Manchester City over the coming weeks.