Mauricio Pochettino has confirmed a double injury boost ahead of Tottenham’s Premier League clash with Brighton. See the details here 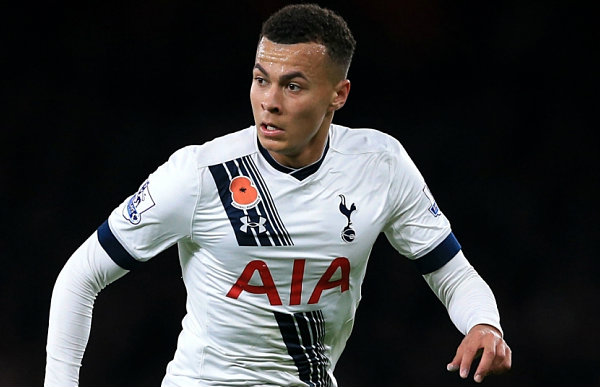 Tottenham will be desperate to get back to winning ways when they take on Brighton & Hove Albion at the Amex Stadium on Saturday evening.

Mauricio Pochettino has been speaking to the media at his pre-match press conference this afternoon and he’s offered a team news and injury update ahead of the trip to the South Coast.

The Spurs boss was pleased to confirm a double fitness boost with the news that Dele Alli and Moussa Sissoko are back in full training with the rest of the first team squad after overcoming their injuries.

Alli has missed the last two matches against Liverpool and Inter Milan after picking up a hamstring injury while away with England during the recent international break but the attacking midfielder is now close to making his comeback.

However, Pochettino says Alli will be assessed on Friday to determine whether he’ll feature against Brighton and the Tottenham boss insists he won’t rush the 22-year-old back in to action too soon.

Sissoko on the other hand hasn’t featured since playing 90 minutes against Newcastle United on the opening weekend of the season after picking up his own hamstring complaint but the Frenchman is also back in full training so could return to the squad on Saturday.

However, Tottenham will still be without first choice goalkeeper Hugo Lloris as the 31-year-old is continuing his rehabilitation from a thigh injury that’s kept him out for the past three matches.

TEAM NEWS: @MoussaSissoko (hamstring) and @dele_official (hamstring) are both back training with the team. Hugo Lloris (thigh) is continuing rehabilitation. #COYS pic.twitter.com/tOr2q5DbWV

#thfc Pochettino says today is a recovery day so it's difficult to judge whether Dele Alli will be fit enough to play against Brighton, and he'll be assessed tomorrow. Poch adds he won't take a risk with Alli if he's not quite ready, despite the losing run.

Pochettino is expected to rotate his starting eleven from the side that slumped to a hugely disappointing 2-1 defeat to Inter Milan in their Champions League group stage opener on Tuesday night with the likes of Kieran Trippier, Toby Alderweireld and Lucas Moura pushing for recalls.

That loss in Italy made it three consecutive defeats for Tottenham after also losing to Watford and Liverpool recently so Pochettino will be keen to turn things around with a positive result at Brighton.