Here is our match preview ahead of Liverpool’s Carabao Cup clash with Chelsea including team news, expected line-ups and predicted score

Liverpool and Chelsea face-off in a heavyweight clash at Anfield this evening as the Premier League giants battle for a place in the fourth round of the Carabao Cup.

The Reds have had the perfect start to the new season as they sit top of the league table on a maximum 18 points with Saturday’s 3-0 win over Southampton extending their winning run to six matches while they also won their Champions League group stage opener against Paris Saint-Germain.

Jurgen Klopp has certainly built an impressive squad but the pressure is now on the German coach to bring home some silverware as they’ve only won one League Cup in the past 12 years so Liverpool fans are desperate to get their hands on another trophy.

Chelsea were initially going toe-to-toe with the Merseysiders having won their opening five league games but the Blues fell two points adrift after a disappointing 0-0 draw with West Ham at the weekend so Maurizio Sarri will be keen to get back to winning ways this evening.

Klopp is expected to rotate his squad with the likes of Alisson Becker, Andrew Robertson, Georginio Wijnaldum, Mohamed Salah and Roberto Firmino rested ahead of Saturday’s league trip to Stamford Bridge.

Virgil van Dijk won’t be risked after picking up a rib injury at the weekend but Dejan Lovren is fit to return to the squad after overcoming a niggling pelvic problems that’s hampered him since the World Cup.

Simon Mignolet will make his first start of the season between the sticks while Dominic Solanke is fit after concussion but Divock Origi and Adam Lallana remain unavailable for selection.

Chelsea will be without Pedro due to a shoulder injury while Antonio Rudiger is also sidelined with a groin issue. Ruben Loftus-Cheek isn’t expected to be risked due to an on-going foot injury.

Sarri will also freshen things up with the likes of Willy Caballero, Davide Zappacosta, Gary Cahill, Ross Barkley, Victor Moses and Alvaro Morata pushing for recalls. Eden Hazard is in the squad but could start from the bench. 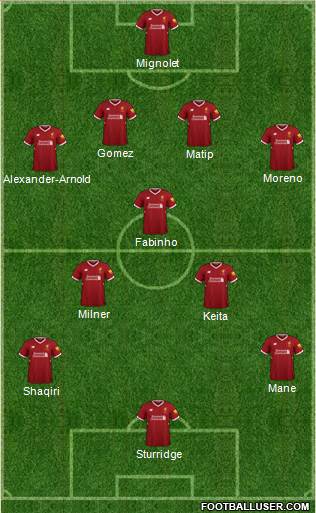 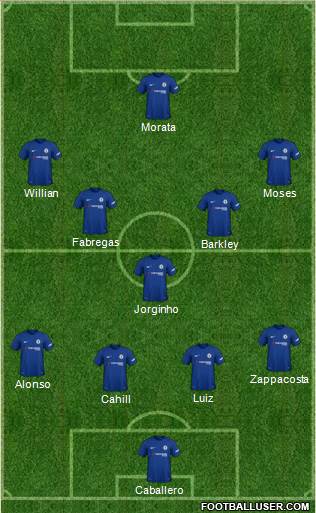 Liverpool 3-2 Chelsea: The Blues have an excellent recent record against Liverpool as they’re unbeaten in their last seven trips to Anfield and have lost just 2 of their last 14 meetings in all competitions. However, this is an excellent Liverpool side this season that will be full of confidence following a superb start to the season so I think the home side will just edge it tonight.