Daniel Sturridge scored a stunning late equaliser as Liverpool came from behind to snatch a 1-1 draw with Chelsea at Stamford Bridge this evening. 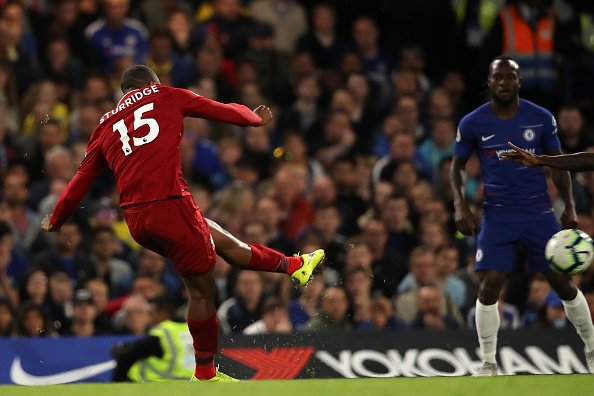 Daniel Sturridge scored a stunning late equaliser as Liverpool came from behind to snatch a 1-1 draw with Chelsea at Stamford Bridge this evening.

It was an exciting opening to the game as both sides were keen to get the ball forward with Mohamed Salah and Willian among the players to waste decent chances during the opening twenty minutes.

It was Chelsea who eventually broke the deadlock and it was that man Eden Hazard who got the goal as the Belgian international raced clear to fire home a beautiful left footed effort in to Alisson’s bottom corner for 1-0 in the 24th minute.

Liverpool missed a number of chances to level things up and it looked like they were going to taste defeat for the first time in the Premier League this season with the ninety minutes almost up.

However, there was late drama as Sturridge came off the bench to score a dramatic equaliser. The striker was given too much time outside the area and he curled home a stunning effort from 25 yards in to the top corner to make it 1-1 in the 89th minute.

Neither side could find a late winner so the spoils were shared and it means Manchester City now sit top of the table with Liverpool second on goal difference and Chelsea two points back in third.

Here are the goals: