Here is our match preview ahead of Liverpool’s Champions League clash with Napoli including team news, expected line-ups and predicted score

Liverpool will be looking to take control of Champions League Group C with a win when they take on Napoli at Stadio San Paolo this evening.

The Reds dropped their first Premier League points of the season at Stamford Bridge on Saturday night but maintained their unbeaten record after Daniel Sturridge scored a stunning late equaliser to secure a 1-1 draw against Chelsea.

That result means Liverpool now sit level on points with Manchester City at the top of the table ahead of their Super Sunday showdown at Anfield this weekend but Jurgen Klopp’s side will be fully focussed on European matters tonight.

The Merseysiders kicked off their Champions League campaign with a thrilling 3-2 victory over Paris Saint-Germain last month so they can take control of Group C and put themselves in a great position with a positive result in Italy.

However, Napoli will also be desperate for points after being held to a 0-0 draw by Red Star Belgrade in their opening game and Carlo Ancelotti will be keen to get back to winning ways after losing 3-1 at title rivals Juventus on Saturday.

Liverpool have no fresh injury worries to contend with following the draw at Chelsea and Virgil van Dijk came through the game unscathed having recently recovered from a minor rib injury.

Divock Origi has travelled to Italy after recovering from an ankle injury but a place on the bench is the best he can hope for. Alex Oxlade-Chamberlain and Adam Lallana remain out through injury.

Klopp is unlikely to make too many changes but the likes of Joel Matip and Naby Keita could freshen things up while Xhedran Shaqiri and Sturridge are also pushing for recalls.

Napoli have virtually a fully-fit squad to choose as their only absentees are Amin Younes and Vlad Chiriches. 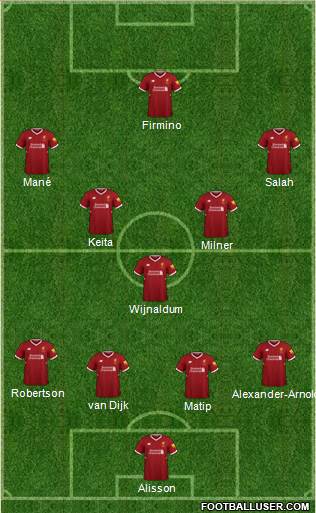 Napoli 1-1 Liverpool: The hosts know they can’t afford to lose this game so we may see a cagey match to begin with. Liverpool have played some gruelling fixtures lately and have Man City coming up on Sunday so it will be interesting to see how they play tonight. Both sides have a lot of quality but I think we might see a score draw which would be a very good result for Liverpool.