Chelsea will be looking to take control of Group L when they take on Vidi at Stamford Bridge on Thursday. Here is the side I think Sarri will select

Chelsea will be looking to take control of Europa League Group L when they take on Vidi at Stamford Bridge on Thursday night. Here is the side I think Maurizio Sarri will select for the game:

Goalkeeper: Sarri is expected to rotate his goalkeepers for this game so we should see Willy Caballero given another chance to impress between the sticks with Kepa Arrizabalaga rested.

Defence: The Blues boss will make wholesale changes to his defence with Davide Zappacosta primed to replace Cesar Azpilicueta at right-back while Emerson Palmeiri could also come in for Marcos Alonso on the left side of the back four.

David Luiz and Antonio Rudiger should be given a breather ahead of Sunday’s Premier League clash with Southampton so Andreas Christensen and Gary Cahill could be recalled in defence.

Midfield: We should also see plenty of changes in the middle of the park with Jorginho, N’Golo Kante and Mateo Kovacic all expected to be rested so Cesc Fabregas should get a run out after recovering from injury recently. 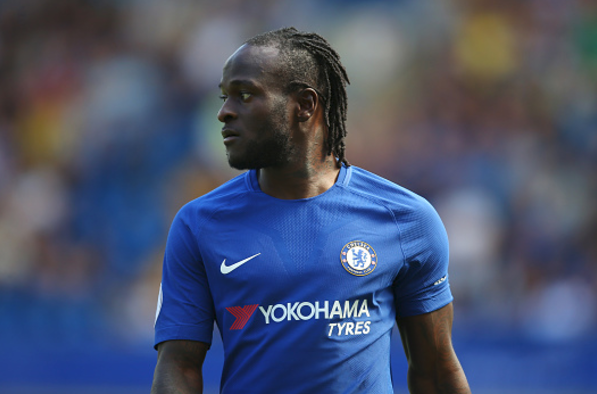 Ross Barkley is also expected to get a start in midfield while Ruben Loftus-Cheek should get a rare run out after Sarri confirmed today that the England international is now fully fit after recovering from a niggling shin problem.

Attack: The Italian coach will no doubt take the opportunity to rest key man Eden Hazard while Willian should also be given a well earned breather. Victor Moses is in-line for a recall while Chelsea have been boosted by the return to fitness of Pedro so the Spaniard should come back in to the attack.

Olivier Giroud appears to be Sarri’s first choice striker at present so the Frenchman could be rested tomorrow meaning their will be a recall for Alvaro Morata. The Spaniard will be keen to get among the goals as he’s endured a frustrating campaign so far. 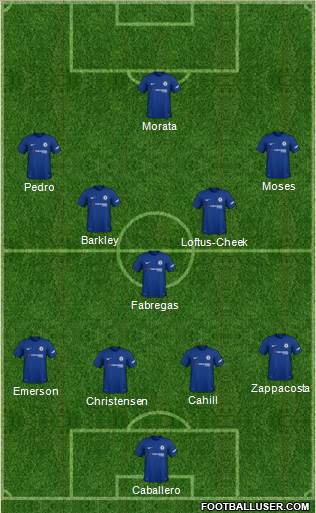