Liverpool have confirmed that Naby Keita was taken to hospital after complaining of severe back pain during Wednesday night’s defeat to Napoli. 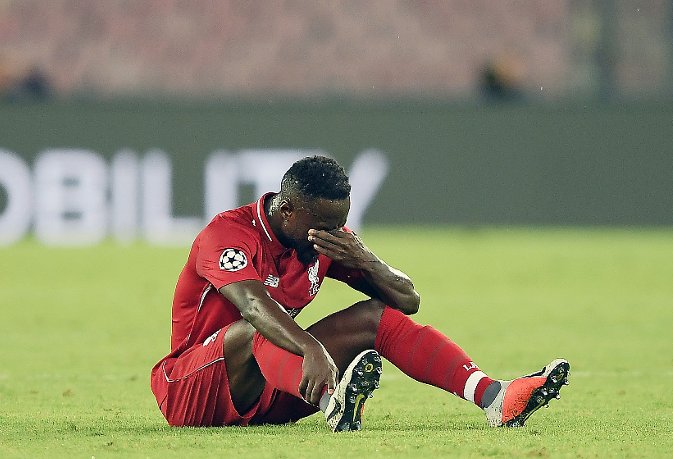 Liverpool have confirmed that Naby Keita was taken to hospital after complaining of severe back pain during Wednesday night’s Champions League defeat to Napoli.

Keita was recalled to the starting eleven by Jurgen Klopp for the group stage game in Naples last night but the midfielder needed medical attention after alerting the Liverpool physio’s to pain in his back midway through the first half.

The Guinean international was then stretchered from the pitch in the 20th minute to be replaced by Jordan Henderson and Klopp confirmed in his post-match press conference that Keita was suffering from a back problem but he was awaiting further updates.

Keita appeared to hurt himself while challenging Lorenzo Insigne shortly before slumping to the pitch holding his back and Napoli’s dodgy surface certainly didn’t seem to help matters.

The Merseysiders have now released a statement on Liverpoolfc.com confirming the midfielder has been taken to hospital for further examination but no decision has been made over when he will be discharged.

“Liverpool Football Club can confirm Naby Keita was taken to hospital in Naples on Wednesday evening during the first half of the Champions League fixture with SSC Napoli.

“The midfielder started the game at the Stadio San Paolo, but was substituted inside the opening 20 minutes and replaced by Jordan Henderson after alerting the team’s medical staff to back pain.

“No decision has yet been taken on when the 23-year-old will be discharged. Liverpool are scheduled to remain in Italy until Thursday morning before flying back to England.”

It remains to be seen whether Keita will be given the all-clear to travel back to England with the rest of his team-mates today but the 23-year-old is obviously now a major doubt for Sunday’s crucial showdown with Manchester City.

The defending Premier League champions head to Anfield this weekend with the two clubs both unbeaten and level on points at the top of the table so it will be a huge blow to Liverpool if Keita is ruled out.

The Reds will be looking to get back to winning ways after losing to a late Insigne strike last night and Henderson is now favourite to replace Keita alongside Georginio Wijnaldum and James Milner in the middle of the park.

***UPDATE*** According to Sky Sports News, Liverpool have confirmed Keita is ‘fine’ and will travel back with the rest of the squad today as planned. The midfielder has not yet been ruled out of Sunday’s game with Man City.