Arsenal moved a step closer to qualification to the Europa League knockouts after beating Qarabag 3-0 in Azerbaijan this evening. 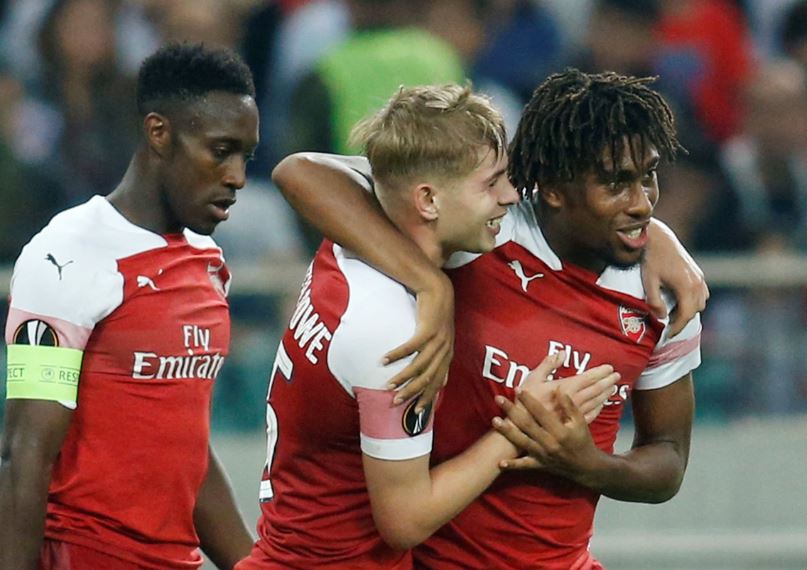 Arsenal extended their winning run to eight games and moved a step closer to qualification to the Europa League knockouts after beating Qarabag 3-0 in Azerbaijan this evening.

It was the perfect start as we opened the scoring in the fourth minute with Nacho Monreal’s goal-bound header from a Mohamed Elneny corner finding the back of the net via a big deflection off Sokratis.

Qarabag had some decent chances to level things up with Bernd Leno having to make some solid saves while they also saw a goal correctly ruled out for offside but Arsenal doubled their lead early in the second half.

A long ball was flicked on by Danny Welbeck and Alex Iwobi drove at the home defence before laying it off to Emile Smith Rowe and the teenager kept a cool head to slot home to score his first senior goal for the club.

Any hope of a late Qarabag comeback was extinguished when we made it 3-0 in the 79th minute with Matteo Guendouzi firing in to the bottom corner from 18 yards.

The win means we move on to six points in Group E but Sporting Lisbon have also won their first two games after scoring twice in injury time to beat Vorskla in tonight’s other game.

Watch all the goals from Arsenal’s win here: