Here is our match preview ahead of Liverpool’s Premier League clash with Man City including team news, expected line-ups and predicted score

Both teams will be desperate for a win as Liverpool and Manchester City battle-it-out in a top of the table clash at Anfield on Sunday afternoon.

Liverpool have seen their impressive start to the new season stutter in recent games as they crashed out of the Carabao Cup to Chelsea before seeing their winning streak in the Premier League come to an end with a 1-1 draw at Stamford Bridge last weekend.

The Merseysiders then slumped to a disappointing 1-0 defeat to Napoli in the Champions League in midweek so Jurgen Klopp will be keen to get back to winning ways at Anfield tomorrow afternoon.

The Reds still sit level on points with Man City at the top of the Premier League table with City’s superior goal difference the only thing separating the two sides and Pep Guardiola will be hoping to at least maintain that advantage this weekend.

City climbed to the summit with a 2-0 victory over Brighton & Hove Albion last week and they came from behind to beat Hoffenheim in the Champions League on Tuesday night so Guardiola’s men should be in confident mood heading to Anfield.

Liverpool will hand a late fitness test to Naby Keita after the midfielder was forced off with a back problem in midweek. The Guinean international has been able to take part in light training ahead of the game but may have to make do with a place on the bench.

Jordan Henderson is expected to be recalled to the starting eleven while Adam Lallana could be back in the squad after recovering from a groin injury but Alex Oxlade-Chamberlain remains on the sidelines.

Man City will also make a late assessment on Kevin De Bruyne after he returned to training last week following two months out with a knee ligament injury but the Belgian international may only be fit enough for the bench.

Benjamin Mendy is also back in contention after recovering from a foot problem but Ilkay Gundogan is a doubt with a hamstring injury while Fabian Delph remains on the sidelines along with Claudio Bravo. 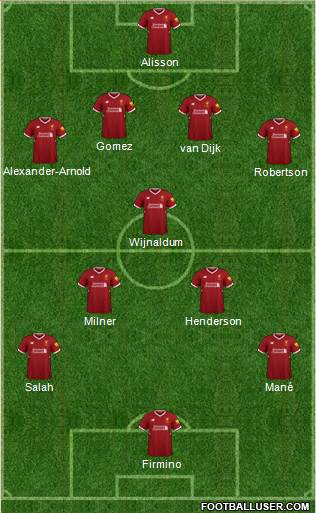 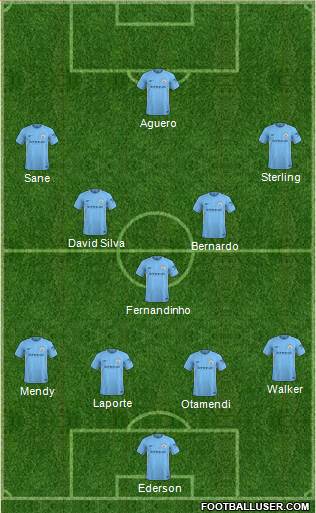 Liverpool 1-1 Man City: Liverpool haven’t lost at home to City in their last 17 meetings and they’ve won all three matches against the Citizens in 2018 so they certainly have a solid recent record against the Manchester giants. However, City have lost just one of their last 25 league games on the road and come in to the game in fine form. It will be interesting to see how both sides approach the game as they may feel this is a ‘must not lose’ match so I wouldn’t be surprised to see a cagey 1-1 draw tomorrow.