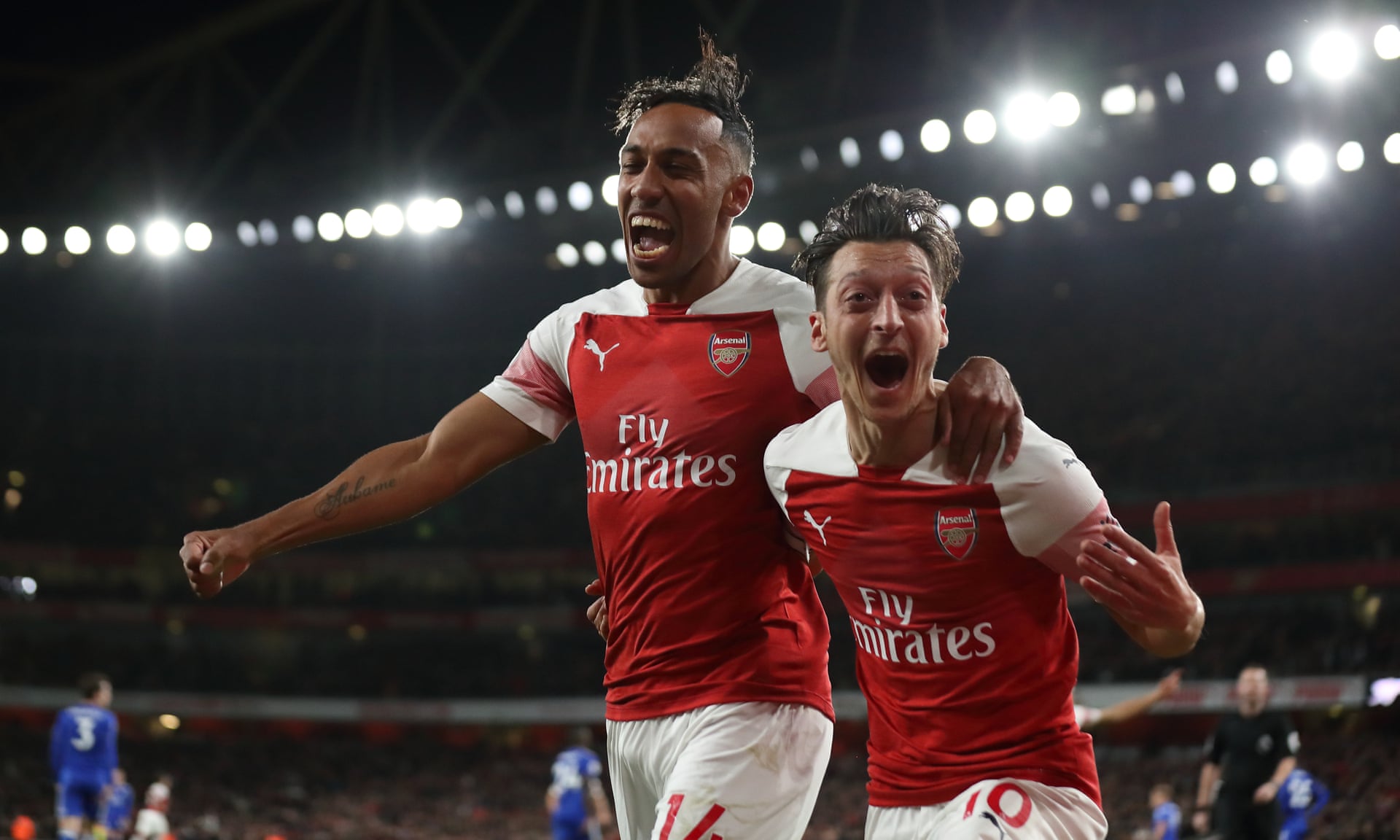 Mesut Ozil was the architect as Arsenal came from behind to beat Leicester City 3-1 at the Emirates Stadium and extend our winning run to ten games in all competitions.

Arsenal were slow out the blocks and Leicester were unlucky not to get a penalty when Rob Holding handled in the area but they eventually got the luck they deserved when Ben Chilwell’s effort defected past Bernd Leno via Hector Bellerin’s boot in the 31st minute.

That goal sparked Arsenal in to life as we finished the first half strongly and we grabbed a barely-deserved equaliser just before the break. Mesut Ozil got the goal as he found the bottom corner with a superb finish from a Bellerin cross following a flowing move.

The German playmaker then ran the show after the break as his stunning pass led to Bellerin teeing-up Pierre-Emerick Aubameyang who finished from close range to make it 2-1 in the 63rd minute – just minutes after coming off the bench.

Ozil then created the third goal as his dummy allowed Alexandre Lacazette to play a neat throughball back to the German and Mesut unselfishly dinked the ball across the goal for Aubameyang to tap home for 3-1. It was truly a sensational team goal.

The victory means Arsenal have now won their last ten games in all competitions for the first time since 2007 and we now sit level on points with third placed Chelsea and just two points off top spot.