Here is our match preview ahead of Man Utd’s Champions League clash with Juventus including team news, expected line-ups and predicted score

Cristiano Ronaldo returns to Old Trafford tonight as Manchester United take on Juventus in the group stages of the Champions League. The Portuguese superstar spent six hugely successful years at United before joining Real Madrid in 2009 and the 33-year-old will be looking to continue his fine start to life at the Serie A champions having moved to Juve in the summer.

United head in to the game sitting second in Group G after being held to a dour 0-0 draw by Valencia last time out having previously beaten Young Boys away so the double-header with Juventus is going to be pivotal in how the table shapes-up. If you want to try your luck on the betting sites then Juventus are 6/4 favourites to win the game while United are 21/10 with the draw at 9/4.

Max Allegri’s men have won both their group stage matches so far and can tighten their grip on top spot with another positive result this evening but they’ll be up against a United side that have shown plenty of fight in recent weeks.

Jose Mourinho’s side came from 2-0 down to claim a dramatic 3-2 victory over Newcastle United before the recent international break and they were denied all three points at Stamford Bridge on Saturday thanks to a 96th minute equaliser having come from 1-0 down against Chelsea.

The resilience shown by the players has quelled talk of Mourinho’s job being on the line but the United boss will be desperate to dampen the flames further by beating one of the best sides in Europe right now.

United will be without Alexis Sanchez as the Chilean international has been ruled out with an unspecified injury while Phil Jones, Scott McTominay and Diogo Dalot will also miss the game tonight.

Marouane Fellaini has been unable to train fully due to an injury he picked up while away with the Belgian squad recently while Jesse Lingard is also still recovering from a groin problem.

Anthony Martial should keep his place in attack after scoring a superb brace against Chelsea and Fred is pushing for a recall in midfield. Antonio Valencia could return to the squad after recovering from a mouth issue.

Juventus will be without Emre Can as the midfielder has been ruled out due to a thyroid problem and Mario Mandzukic is also missing after picking up an ankle injury in training.

Allegri is expected to recall Giorgio Chiellini and Pablo Dybala after resting the duo for the draw with Genoa at the weekend. 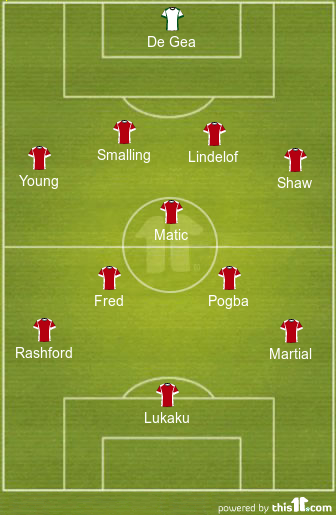 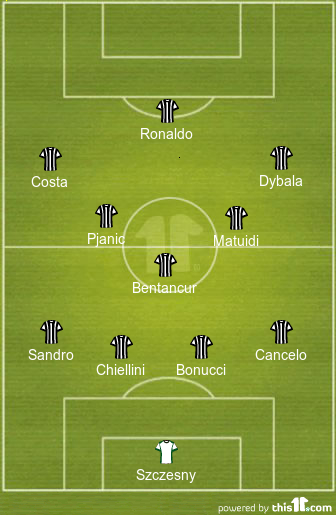 Man Utd 1-1 Juventus: These two clubs have a long history but this is the first meeting in more than 15 years when United ran out 3-0 winners in Turin. The Red Devils have an excellent record against Italian opposition as they’ve won their last five home matches against Serie A clubs but this will be a stiff test as Juve are an extremely talented side. I don’t think United are playing well enough to win and if any side it to take all three points I’d have to pick Juventus, but I’m backing the hosts to secure a point this evening.