Forgotten Arsenal defender Carl Jenkinson has been included in the squad that flew out of London ahead of our Europa League clash with Sporting Lisbon. 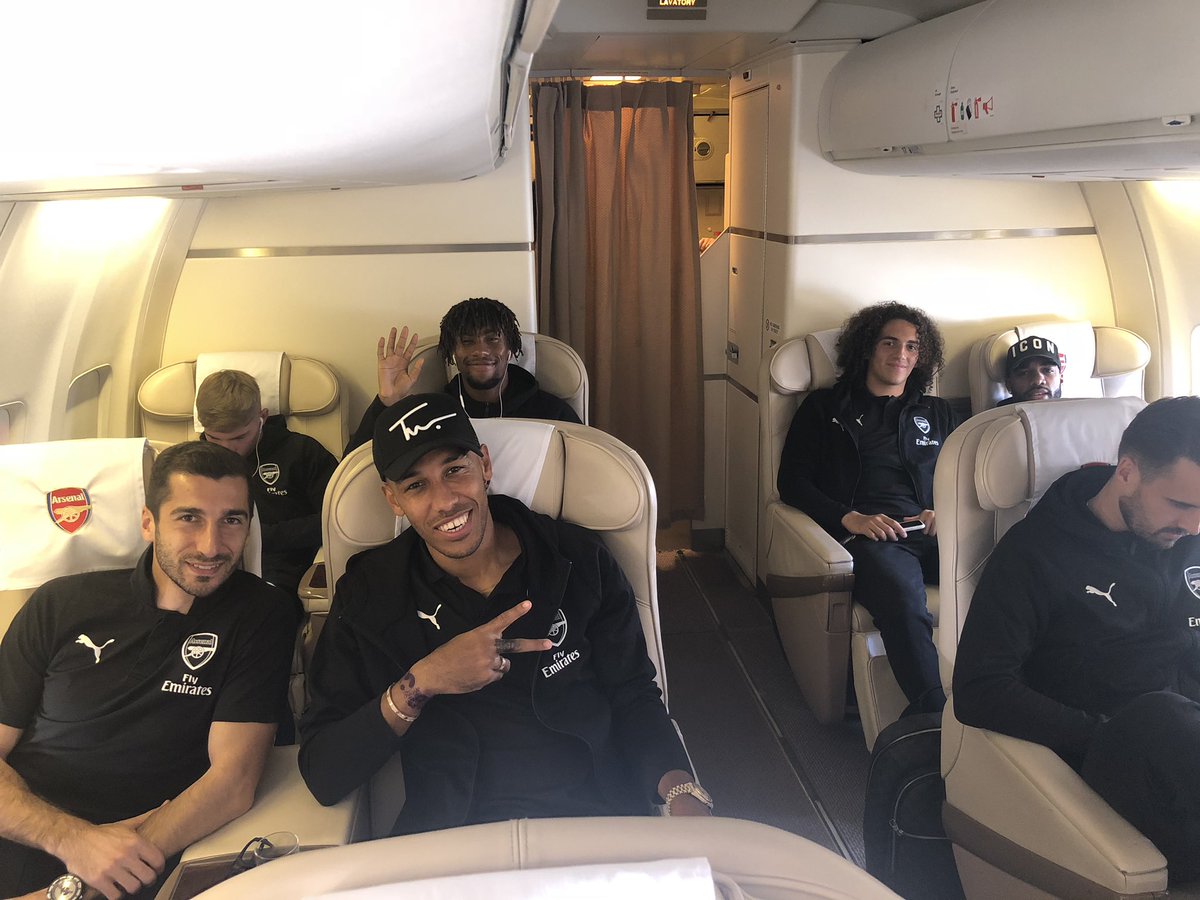 Forgotten Arsenal defender Carl Jenkinson has been included in the squad that flew out of London this afternoon ahead of our Europa League clash with Sporting Lisbon.

Jenkinson hasn’t featured for the Arsenal first team since playing in the League Cup quarter-final defeat to Southampton in November 2016 and has been restricted to turning out for the reserves following an unsuccessful loan spell at Birmingham last season.

The 26-year-old has endured a difficult time with injuries in recent years but he’s now fully fit and has been included in the squad that flew out to Portugal this afternoon ahead of Arsenal’s Europa League group stage game with Sporting Lisbon on Thursday evening. Pierre-Emerick Aubameyang confirmed the news after uploading a photo to Twitter of some of the players on-board the plane – with Jenkinson spotted in the near right of the photo [above].

Unai Emery has been forced to call on the out-of-favour full-back as Nacho Monreal and Sead Kolasinac have been ruled out of the game with hamstring injuries. Stephan Lichtsteiner was deployed at left-back against Leicester City on Monday night and Emery has been resting Hector Bellerin in Europe this season so Jenkinson could be set for a rare run out tomorrow.

We’ve also been handed a boost as Sokratis is back in the squad after recovering from an ankle injury that he sustained during the recent international break so the Greek star could make his comeback against Sporting.

However, it doesn’t look like Petr Cech has travelled despite the 36-year-old recovering from a hamstring injury as Bernd Leno and Emi Martinez have been spotted on the plane this afternoon.

According to Football London, the players who are confirmed in the squad for tomorrow’s game are:

So, these three have travelled as well. pic.twitter.com/N6gD8HCpub