Here is our match preview ahead of Man Utd’s Premier League clash with Everton including team news, expected line-ups and predicted score

Manchester United simply have to get back to winning ways when they welcome Everton to Old Trafford on Sunday afternoon.

The Red Devils dropped two valuable points after conceding a 96th minute equaliser at Chelsea last weekend which has left them sitting 10th in the Premier League table – seven points off the top four and 12 adrift of leaders Liverpool – so United need a win tomorrow or risk being cut off further from their rivals.

Things didn’t get any better in midweek as the Manchester giants slumped to a disappointing 1-0 defeat to Juventus in the Champions League so Jose Mourinho will be looking for a much-improved display from his players tomorrow.

However, United will be up against an Everton side who come in to the game off the back of three straight league wins and sit two places above the hosts in the division so Mourinho won’t be taking anything for granted.

United will be without Alexis Sanchez once again as the Chilean international has failed to recover in time for the game while Marouane Fellaini and Diogo Dalot also remain sidelined for the hosts.

However, Mourinho confirmed at his press conference on Friday that Jesse Lingard could be back in the squad after recovering from a groin problem while Scott McTominay is also pushing for a recall after overcoming a knee injury.

Everton have Yerry Mina available again but he may have to make-do with a place on the bench while James McCarthy is pushing for a place in the squad after recovering from a broken leg. 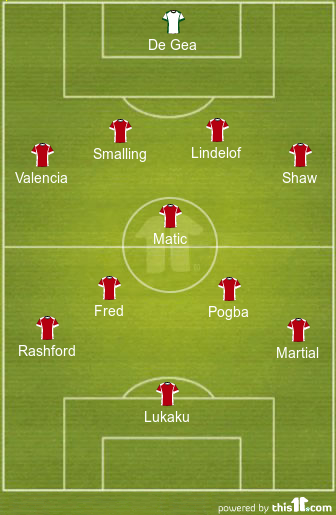 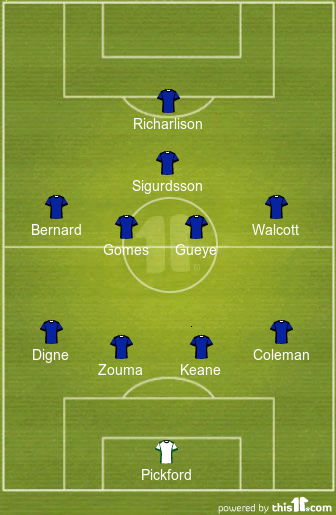 Man Utd 2-1 Everton: This is a huge game for United and they are unbeaten in their last seven matches against Everton in all competitions so they’ll be keen to extend that good run. Marco Silva’s side are starting to build some momentum and I think they’ll cause United problems tomorrow as the likes of Richarlison, Theo Walcott and Gylfi Sigurdsson are dangerous players. However, I think United might just have enough quality to edge it and I wouldn’t be surprised to see Romelu Lukaku breaking his goal drought against his former club.