Crystal Palace scored two penalties to secure a 2-2 draw with Arsenal as our winning run came to an end at Selhurst Park this afternoon. 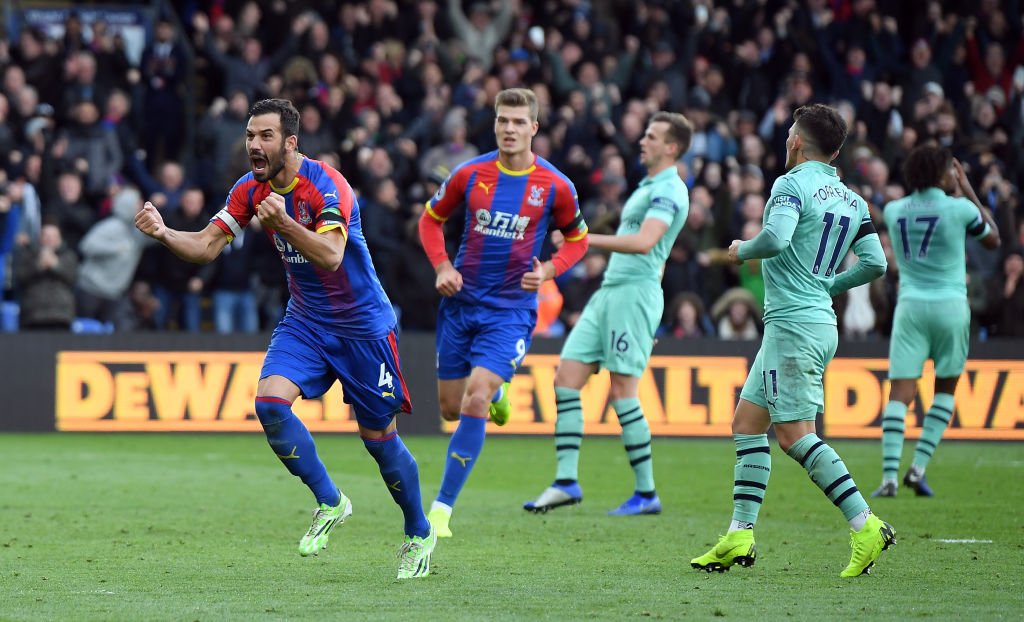 Crystal Palace scored two penalties to secure a 2-2 draw with Arsenal as our winning run came to an end at Selhurst Park this afternoon.

Once again, Arsenal made a slow start as Palace were the more dangerous side during the opening exchanges and the hosts eventually got the perfect chance to get a deserved opener when Shkodran Mustafi gave away a silly penalty on the stroke of half-time. Luka Milivojevic made no mistake from the spot to make it 1-0 in the 45th minute.

However, Arsenal made it 1-1 in spectacular fashion just five minutes in to the second half as Granit Xhaka lashed home a stunning free-kick in to the far top corner from the corner of the 18-yard box.

We then made it 2-1 in the 56th minute as Pierre-Emerick Aubameyang poked home at the far post from a corner – although replays showed Alexandre Lacazette may have flicked the ball on with his hand, but the goals stood.

However, it was Palace’s turn to get some luck as they were given another penalty in the 83rd minute when Wilfried Zaha went down under minimal contact from Xhaka. Milivojevic converted again to make it 2-2.

Neither side could find a late winner so Arsenal had to settle for a point which brings to an end our superb winning streak and leaves us fourth in the table – four points off Liverpool.