Mauricio Pochettino has confirmed a double injury blow with four players to miss Tottenham’s trip to Wolves this weekend. 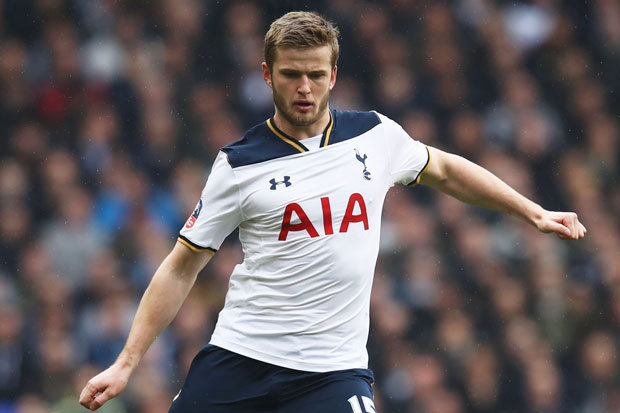 Tottenham will be looking to keep the pressure on the top four with a win when they take on Wolves at Molineux on Saturday night.

Mauricio Pochettino has been speaking to the media at his pre-match press conference this afternoon and he’s provided a full team news and injury update ahead of the game with the latest on Eric Dier, Danny Rose, Victor Wanyama and Jan Vertonghen.

Dier missed the Carabao Cup victory over West Ham in midweek after being forced off with a thigh injury during the Premier League defeat to Manchester City on Monday night. Pochettino says the midfielder won’t be fit to face Wolves and is also expected to miss the subsequent matches against PSV and Crystal Palace.

Rose hasn’t featured for Tottenham since the win over Cardiff City on October 6th due to groin strain and the Spurs boss has also confirmed the left-back is unlikely to return before the international break so he’ll sit out the next three games.

Tottenham have been dealt a fresh blow as Pochettino also revealed that Wanyama will miss the trip to Molineux after suffering a knee injury during the League Cup win at West Ham in midweek.

Pochettino will continue to be without Vertonghen as well with the Belgian international continuing to recover from a hamstring injury that’s hampered him in recent weeks and is expected to keep him out until next month.

Tottenham head in to the weekend action sitting fifth in the Premier League table and five points adrift of Man City following the defeat to Pep Guardiola’s men earlier this week so Pochettino will be hoping to close the gap with a win at Wolves tomorrow night.