Here is our match preview ahead of Tottenham’s Champions League clash with PSV including team news, expected line-ups and predicted score for the game

Tottenham desperately need a win when they welcome PSV Eindhoven to Wembley for their crucial Champions League group stage clash this evening.

Spurs warmed up for the game with a 3-2 victory at Wolves on Saturday night with Harry Kane scoring what turned out to be the winning goal to move them in to the top four of the Premier League table but the north Londoners must switch focus to European matters tonight.

Tottenham currently sit third in Group B – level with PSV on just one point and five points behind second-placed Inter Milan – so Mauricio Pochettino knows his side simply have to win tonight to stand any chance of qualifying for the knockout stages of the competition.

It was always going to be a tough task after being drawn in the same group as Barcelona, Inter Milan and PSV but the Tottenham boss will still be disappointed with their return so far and will be looking for some fight from his players.

Spurs have plenty of selection problems to deal with as Mousa Dembele has joined the injury list after suffering an ankle problem at Wolves while Victor Wanyama has also been ruled out with a knee injury.

Eric Dier is still nursing a thigh issue, Danny Rose is out with a groin injury while Jan Vertonghen isn’t due back until December from his long-term hamstring injury so Spurs are low on options in defence and central midfield.

Hugo Lloris is suspended following his sending off in Eindhoven so Paulo Gazzaniga is expected to come in but Juan Foyth and George-Kevin Nkoudou aren’t eligible in the Champions League so Pochettino will be unable to select eight players tonight.

As for PSV, they can call upon Steven Bergwijn again after he returned to fitness and Mark van Bommel has no other serious problems to deal with. 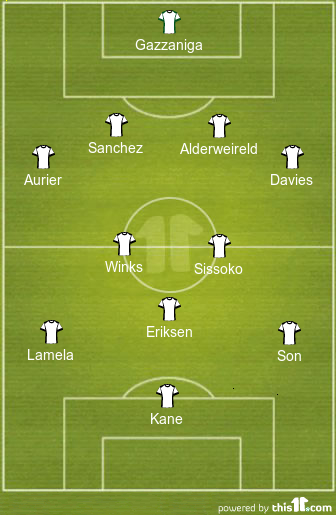 Tottenham 2-0 PSV Eindhoven: PSV snatched a late point with a 2-2 draw in the reverse fixture last month and they have won an incredible 11 games in a row so far in the Eredivisie so they should be full of confidence. However, Spurs are grinding out results without playing particularly well and despite their growing injury problems, I still think they’ll have too much for PSV tonight. I’m backing Tottenham to win 2-0 to keep alive their qualification hopes.